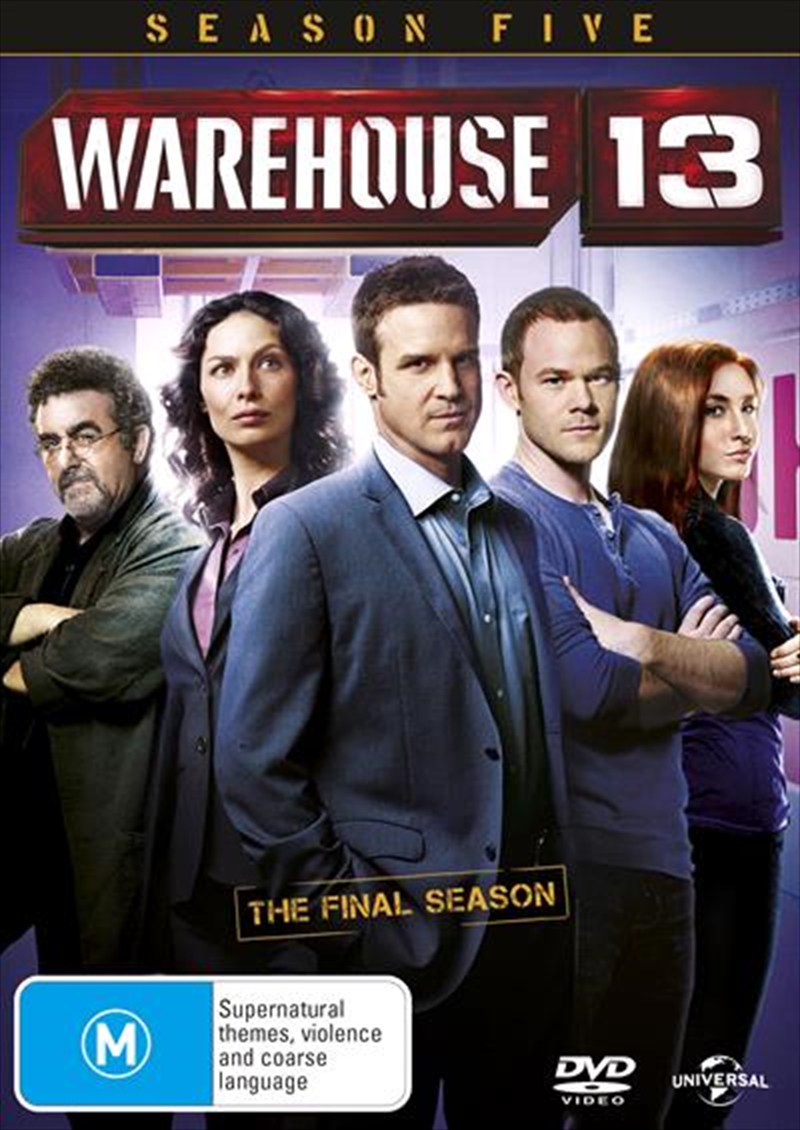 For Secret Service Agents Pete Lattimer and Myka Bering, what began with an assignment to the middle of nowhere actually led them to a world of endless wonder. And though Warehouse 13 might be closing its doors, our team is going out with a bang! Paracelsus seizing control of the Warehouse, the team getting trapped in a telenovela, and a renaissance faire run amok are only the beginning, as the Warehouse crew tackles earth-shattering missions with supernatural artifacts, wild paranormal activity, and history-changing time travel. But whatever the future holds for the team, one thing is certain: they'll always be family. Join Warehouse 13 for one last adventure in the fifth and final season of this remarkable series.
DETAILS