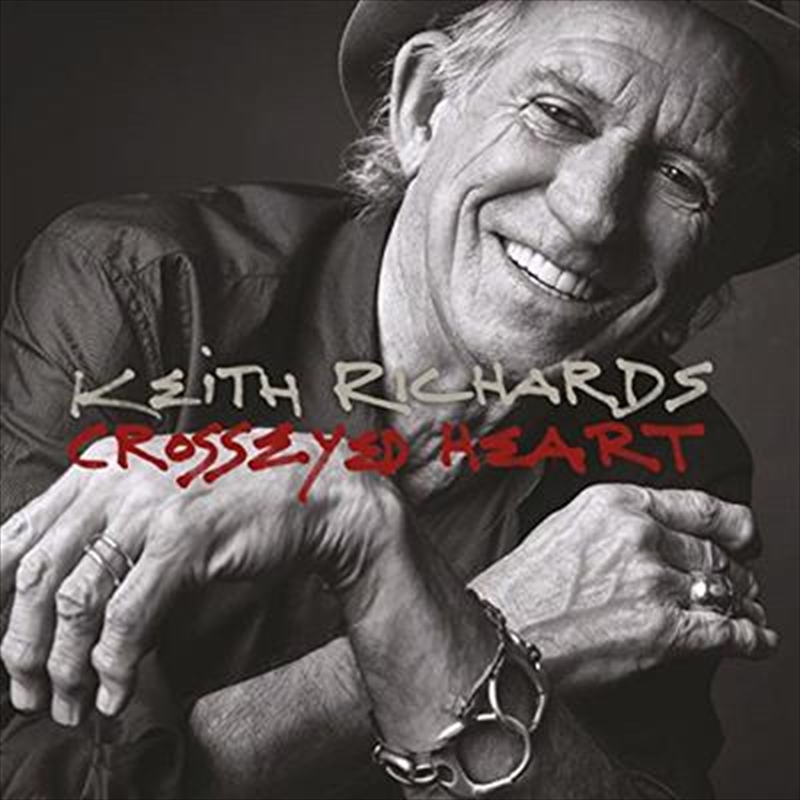 SEE MORE IN:
Keith Richards
DESCRIPTION
Keith Richards will release his eagerly anticipated CROSSEYED HEART, his third solo album and his first in over 20 years, September 18th on EMI Australia.

CROSSEYED HEART, a fifteen track masterclass encompassing everything that makes Keith Richards one of the 20th century’s most celebrated talents, is a 5 star musical journey that takes in reggae, rock, country and the blues.

The first taste of CROSSEYED HEART will be unveiled on July 17th with the explosive first single, “Trouble,” a taut guitar based slice of heaven featuring Richards on electric and acoustic guitars, bass, lead and backup vocals. He is richly supported by old friends, drummer Steve Jordan, guitarist Waddy Wachtel and Bernard Fowler on backup vocals. The song was written by and produced by Keith and Steve Jordan.

“I had a ball making this new record and working with Steve Jordan and Waddy Wachtel again. There’s nothing like walking into a studio and having absolutely no idea what you’re going to come out with on the other end. If you're looking for ‘Trouble,’ you've come to the right place.”

Keith wrote or co-wrote the majority of the tracks on CROSSEYED HEART, many with co-producer Steve Jordan.Highlights include the country tinged ache of “Robbed Blind”, the reggae flavored “Love Overdue,” and the aptly named “Blues In The Morning.” Richards collaborates with several artists including a captivating duet with Norah Jones on the soulful ballad “Illusion” which she co-wrote.

Keith Richards, who plays electric and acoustic guitars, bass, piano and vocals on the album, is also joined by guitarist Waddy Wachtel, keyboardist Ivan Neville and background singer Sarah Dash, part of the X-Pensive Winos, who accompanied Richards on his previous solo records.

Blues In The Morning