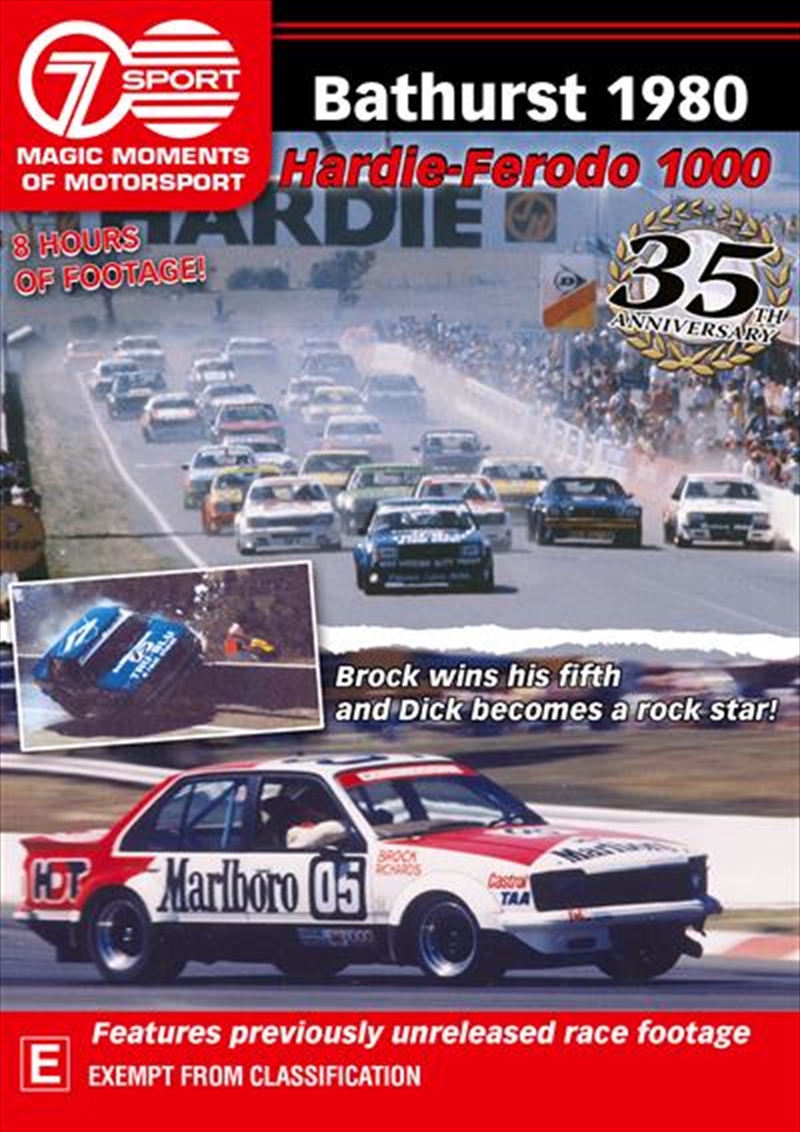 DESCRIPTION
The 1980 Bathurst 1000 was one of the most eventful in the history of the great race and has now entered motor racing folklore. It was the year that everyman Ford star Dick Johnson's Falcon hit an errant rock on the track, handing the chequered flag to Holden's champion Peter Brock. Australia was united in its sympathy for Johnson and he rose from the canvas to win Bathurst the following year. For the first time this legendary race is available in full, with 8 hours of original race day telecast on two discs in this fantastic collection from Chevron Motorsport!
DETAILS