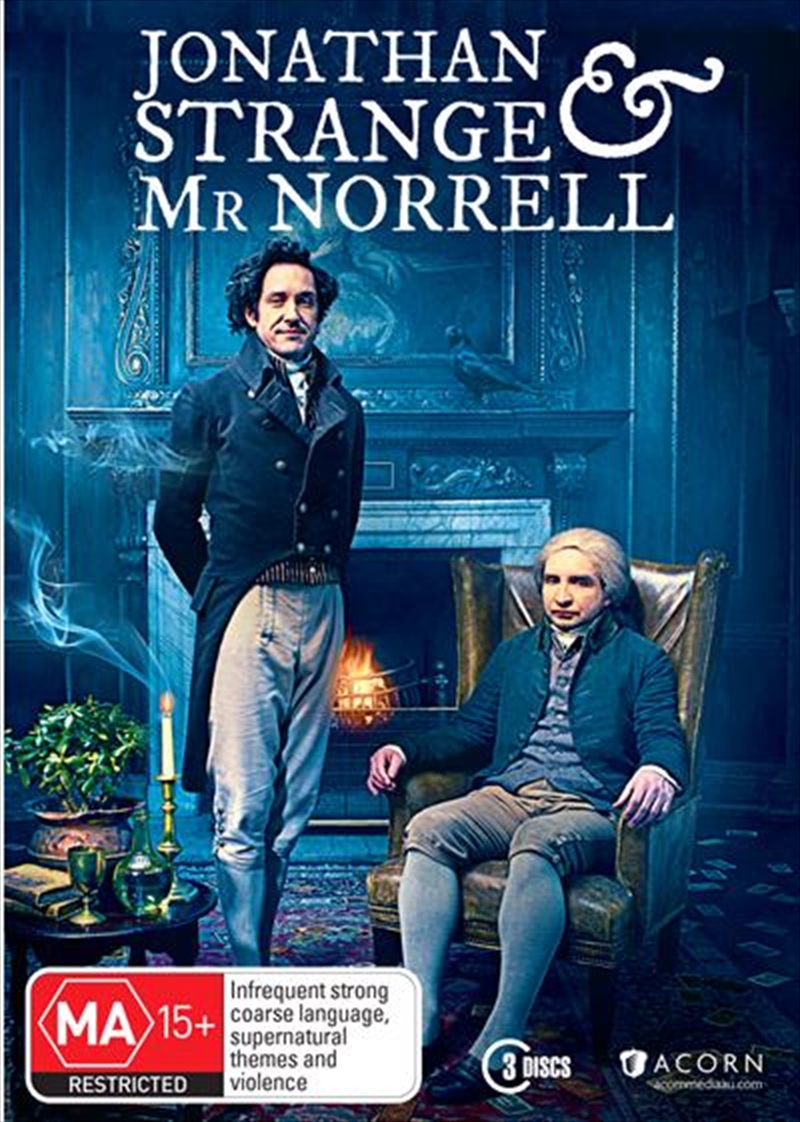 Shipping - See delivery options.
Postcode:
Quantity:
SEE MORE IN:
3 for $40 TV
DESCRIPTION
&lt;H3&gt; Jonathan Strange And Mr. Norrell DVD - On Sale Now With Fast Shipping&lt;H3&gt;
Set in England during the Industrial Revolution at the beginning of the 19th century, the series presents an alternate history where magic is widely acknowledged, but rarely practiced. Living in the rural north, Mr Norrell (Eddie Marsan) of Hurtfew Abbey is able to make the statues of York Cathedral talk and move. His manservant John Childermass (Enzo Cilenti) persuades him to travel to London to help in the war against France. While there, Mr Norrell encounters a leading member of the government and makes magic respectable in the realm when he conjures a fairy to bring the minister's fiance (Alice Englert) back to life.Meanwhile, also in London, Jonathan Strange (Bertie Carvel) meets Vinculus (Paul Kaye), a magician on Threadneedle Street, while attempting to propose to his love Arabella (Charlotte Riley). Strange is told by Vinculus that he is destined to be a great magician and begins to study magic.[
DETAILS