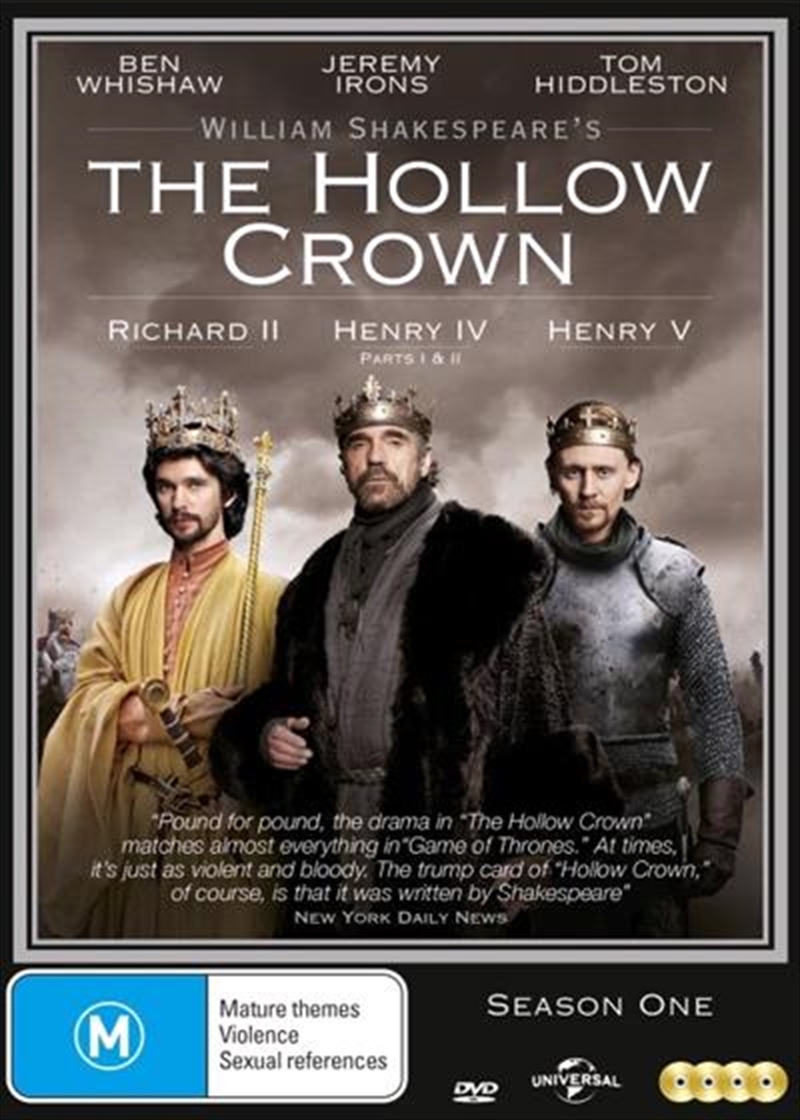 DESCRIPTION
&lt;H3&gt; Hollow Crown Season 1 DVD - On Sale Now With Fast Shipping&lt;H3&gt;
From executive producer Sam Mendes (Skyfall, American Beauty) comes a stunning adaptation of four of Shakespeares most celebrated history plays: Richard II, Henry IV (Part 1 and Part 2), and Henry V. Together, the plays comprise a story with recurring themes of power struggles, redemption, family conflict and betrayal. Starring Academy Award winner Jeremy Irons (The Borgias), Tom Hiddleston (The Avengers), and Ben Whishaw (Skyfall) in his award-winning (BAFTA Best Actor) role as Richard II star in this epic tale of three kings, their battle for survival, and the rise and fall of a dynasty. Beautifully adapted and modernized these 4 plays will appeal to any who love The Lord of the Rings or the Game of the Thrones.
DETAILS