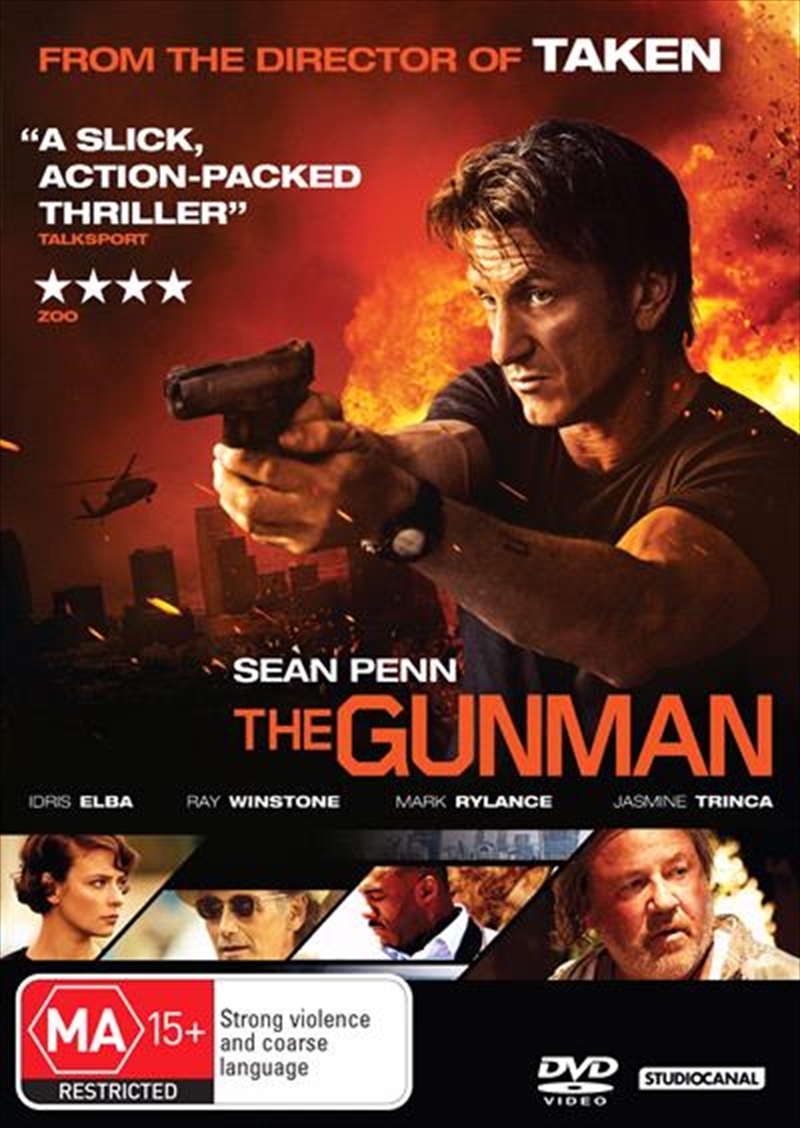 From the director of Taken comes The Gunman, a pulse-pounding action thriller starring two-time Academy Award winner Sean Penn. Its been eight years since Jim Terrier (Penn) worked as a black ops assassin and now someone from his old organization wants him dead. Pursued across Africa and Europe by elite hit men, Terrier is dragged back into his dangerous past as he engages in a relentless cat-and-mouse game to take out the man who betrayed him.
TRAILER
DETAILS