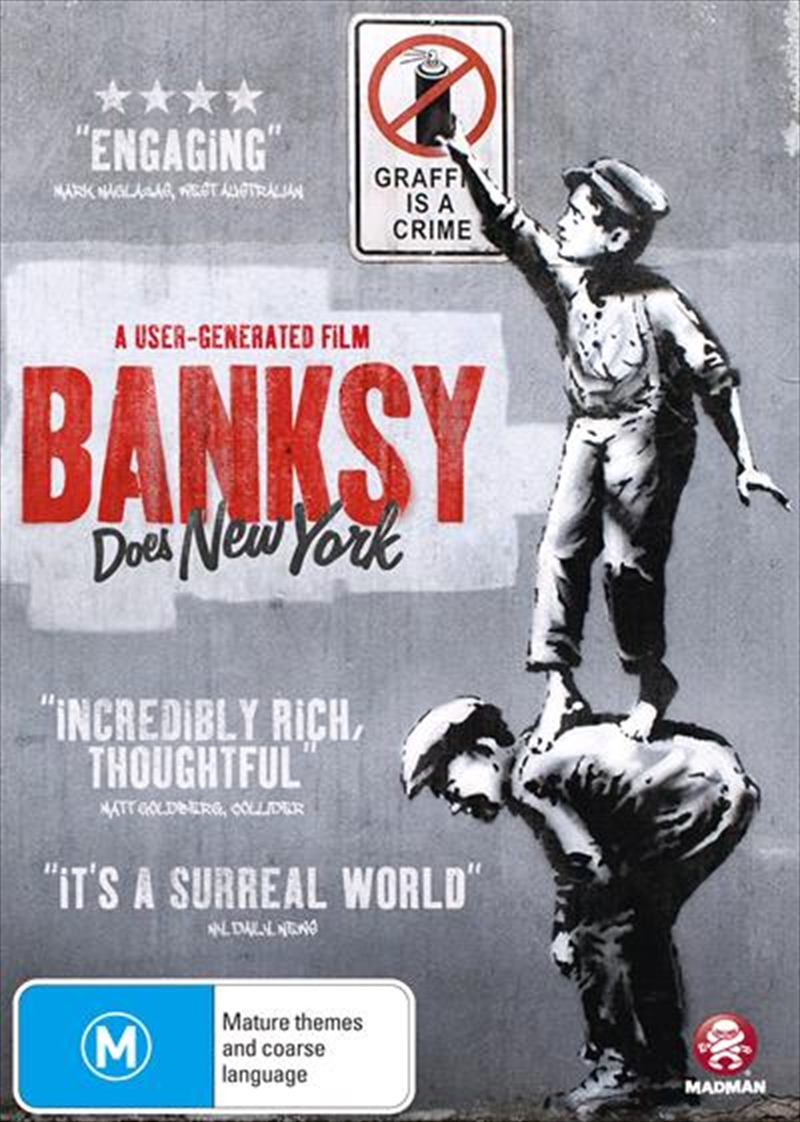 Banksy is revered and reviled, considered both a vandal and a genius. Completely anonymous, he is nevertheless without question one of the worlds best known living artists. Over the course of a month-long residency in New York in October 2013, Banksy and his team took to the streets secretly creating a variety of public work ranging from elaborate conceptual stunts to traditional graffiti art. Constantly evading a citywide search by the NYPD, Banksys work created a public response that was an equal mix of reverence and derision. From a Central Park stand where priceless originals were anonymously sold for $60, to a junkyard in Queens; New York City served as the canvas for this street art vigilante. BANKSY DOES NEW YORK is an exhilarating survey of Banksys city-wide exhibit and at the same time a vibrant portrait of the city itself.