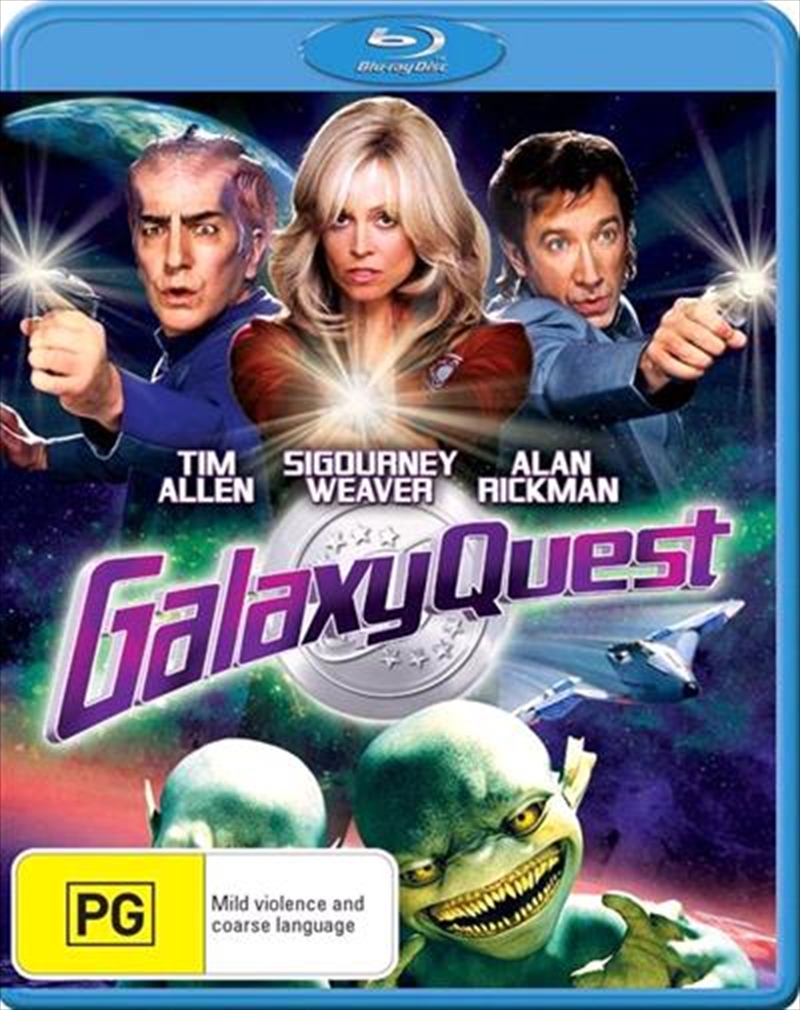 Shipping - See delivery options.
Postcode:
Quantity:
SEE MORE IN:
3 for $30 Movies & More
DESCRIPTION
For four years the courageous crew of the NSEA Protector - "Commander Peter Quincy Taggart" (TIM ALLEN), "Lt. Tawny Madison" (SIGOURNEY WEAVER) and "Dr. Lazarus" (ALAN RICKMAN) - set off on thrilling and often dangerous missions in space...and then their series was cancelled!Now, twenty years later, aliens under attack have mistaken the Galaxy Quest television transmissions for "historical documents" and beamed up the crew of has-been actors to save the universe. With no script, no director and no clue, the actors must turn in the performances of their lives in this hilarious adventure Jeffrey Lyons (NBC-TV) calls "The funniest, wittiest comedy of the year".
DETAILS