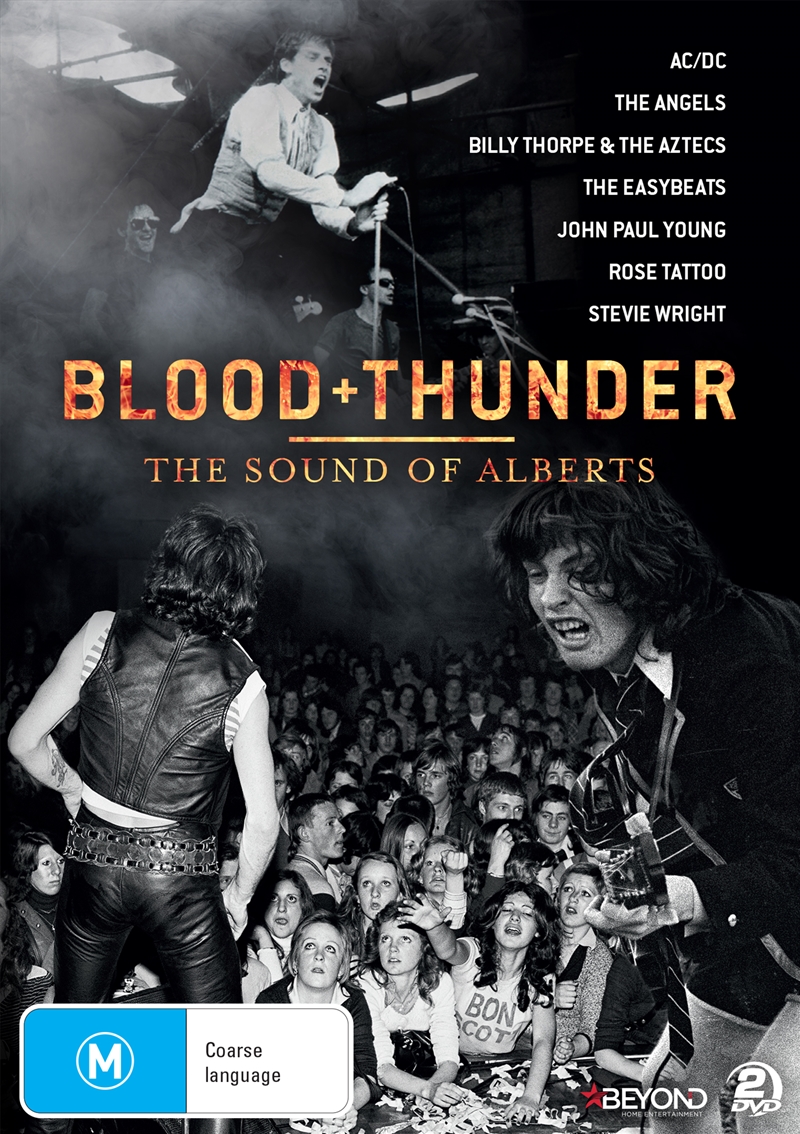 Shipping - See delivery options.
Postcode:
Quantity:
SEE MORE IN:
Documentaries $5 MOVIES TV AND SPORT
This two-part documentary takes viewers back to the ’60s and ’70s and charts how Australia got its own rock and roll thanks to the life-long bond between music company Alberts and the Youngs. It’s a story tinged with tragedy and triumph, and it happened from the legendary Alberts Studios.

It’s 1964. The conservative, cultured Albert music dynasty and the Young family, an immigrant family from Glasgow residing at the Villawood Migrant Hostel, both have music running through their veins. Their sons come together and one of the most exciting periods in Australian cultural history begins.Born into the music dynasty J Albert & Sons, Ted Albert joins the board in 1963, aged 25, and is determined to create an Australian sound. He first signs Billy Thorpe & The Aztecs and it’s their hit Poison Ivy that’s at the top of the charts when The Beatles tour the country in 1964 – an extraordinary achievement. Also in 1963 the Youngs arrive in Sydney from Scotland.

In no time at all teenagers George Young, Johannes Vandenbery (Harry Vanda), Stevie Wright and others form The Easybeats. With one audition an unlikely lifelong partnership is forged between the cultured, reserved Ted and the working class Young clan, which included eight kids. The Easybeats win over the locals with She’s So Fine, then an overseas deal with United Artists in the US sees them recording at London’s legendary Abbey Road Studios. Once George and Harry put their heads together as songwriters they eventually crack the international market with Friday on My Mind in 1966. It prompts Ted to start matching their diverse song catalogue with the musical talent under his roof.

Alberts hits flood the charts, not just rock and roll but cracking pop too – Ted Mulry scored with Falling in Love Again (1971), the second of seven top 10 singles he records with Alberts after Julia, Alison MacCallum with Superman (1972), and John Paul Young’s Pasadena (1972).

After four years in London, George and Harry move back to Australia and become in-house songwriters and producers at Alberts. It’s a time when rebellion fills young Australian hearts. With Ted’s patronage, the pair take their cue from the pounding guitar riffs coming out of tough suburban pubs.

The ’70s also sees two other Youngs – Angus and Malcolm – step up onto the stage and into the Alberts family: blood brothers not just to George, but also to Ted.

Title: Blood And Thunder: The Sound Of Alberts