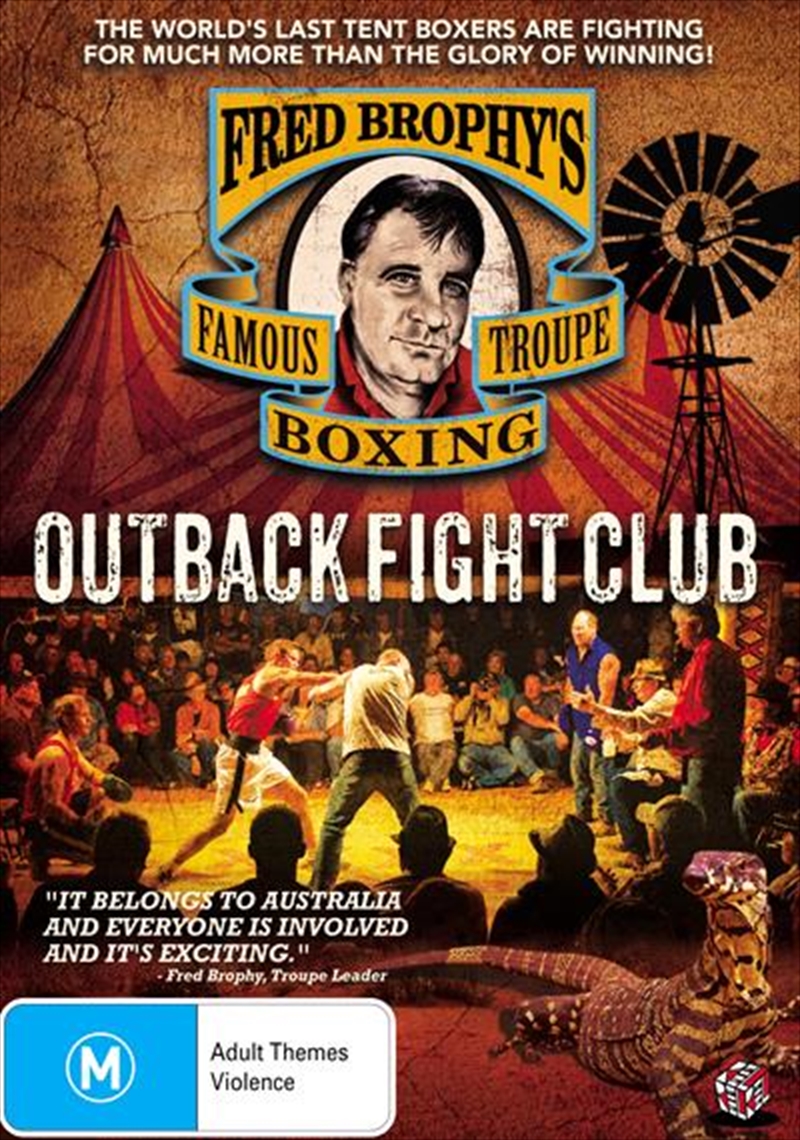 Shipping - See delivery options.
Postcode:
Quantity:
SEE MORE IN:
2 for $40 TV Documentaries All 2 for $40 Cant Seem To Stream
Fred Brophy runs the last remaining tent boxing troupe in the world. Set in the untamed Australian outback, Outback Fight Club explored the secretive, rough and raw world of tent boxing in a gripping series that follows the journey of troupe Leader Fred Brophy and his boxers on their final tour of remote Queensland.Banned everywhere except for this one region of Australia, tent boxing is a travelling combat road show; a circus of sorts where, under the big top, audience members step forward to challenge professional boxers in amateur bouts.Outback Fight Club chronicles Brophys final tour while exploring the phenomenon of fight sports and the power of shared spectacle in a community.