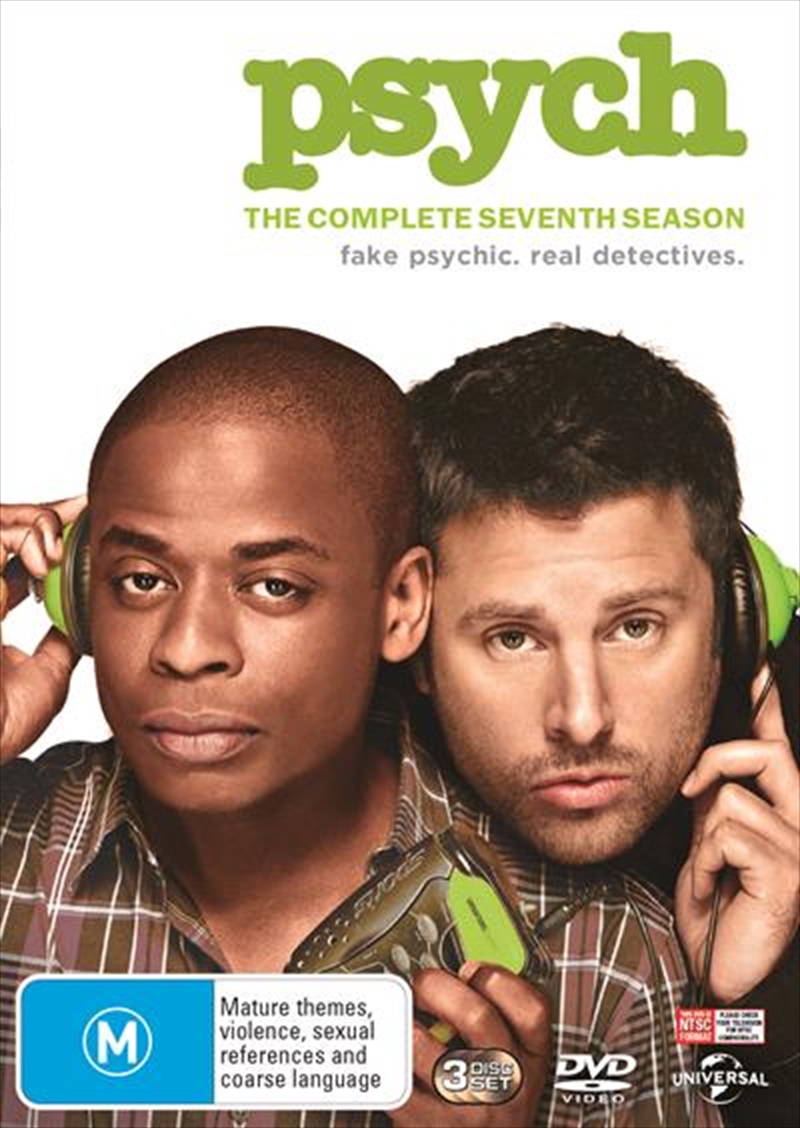 Killer secrets are kept, broken and dramatically revealed in the seventh sensational season of Psych. Its business as unusual for "psychic" crime fighter Shawn Spencer (James Roday) and best pal Burton "Gus" Guster (Dule Hill) as they track down Bigfoot, go undercover as wacky radio DJs, and solve the ultimate murder mystery. And, Gus finally gets the girl. Catch every episode back-to-back and uninterrupted of the laugh-out-loud whodunit series...
DETAILS