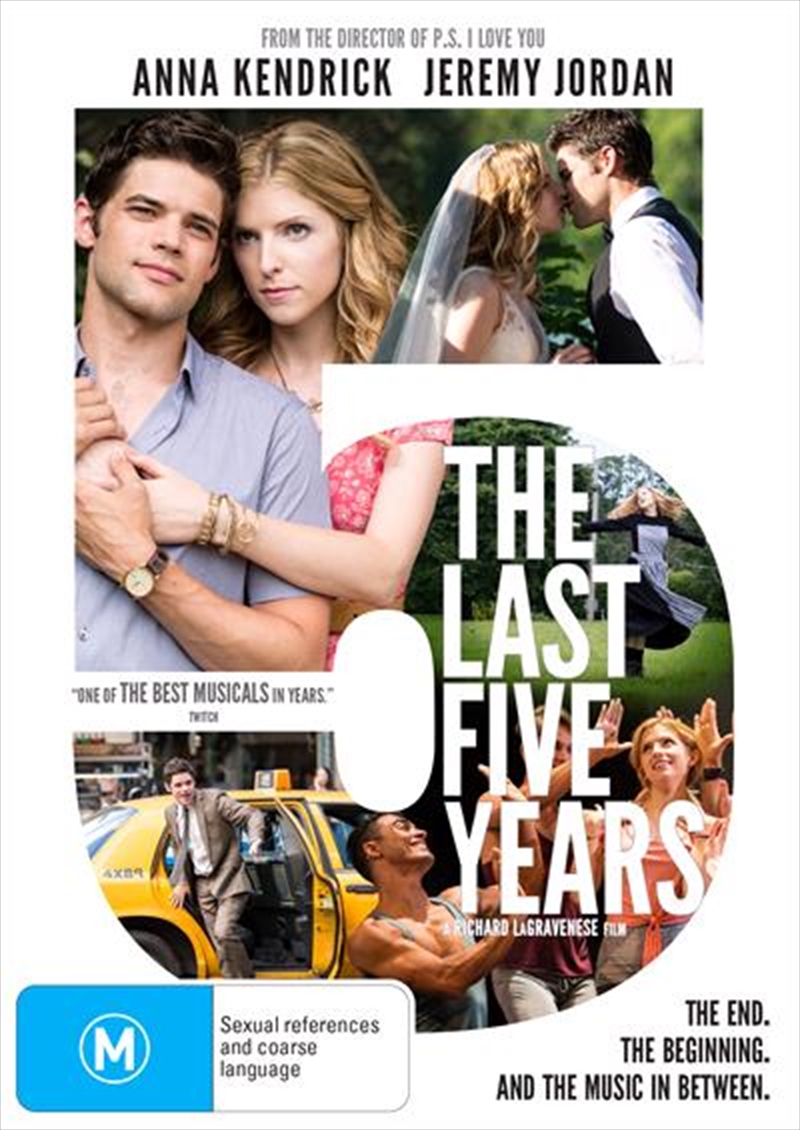 The Last 5 Years by Tony award winning composer and lyricist Jason Robert Brown is a musical deconstruction of a love affair and a marriage taking place over a five year period. Jamie Wellerstein is a young, talented up and coming Jewish novelist who falls in love with Cathy Hiatt, a Shiksa Goddess struggling actress. Their story is told almost entirely through songs using an intercutting time line device; all of Cathy's songs begin at the end of their marriage and move backwards in time to the beginning of their love affair while Jamie's songs start at the beginning of their affair and move forward to the end of their marriage. They meet in the center when Jamie proposes.
TRAILER
DETAILS