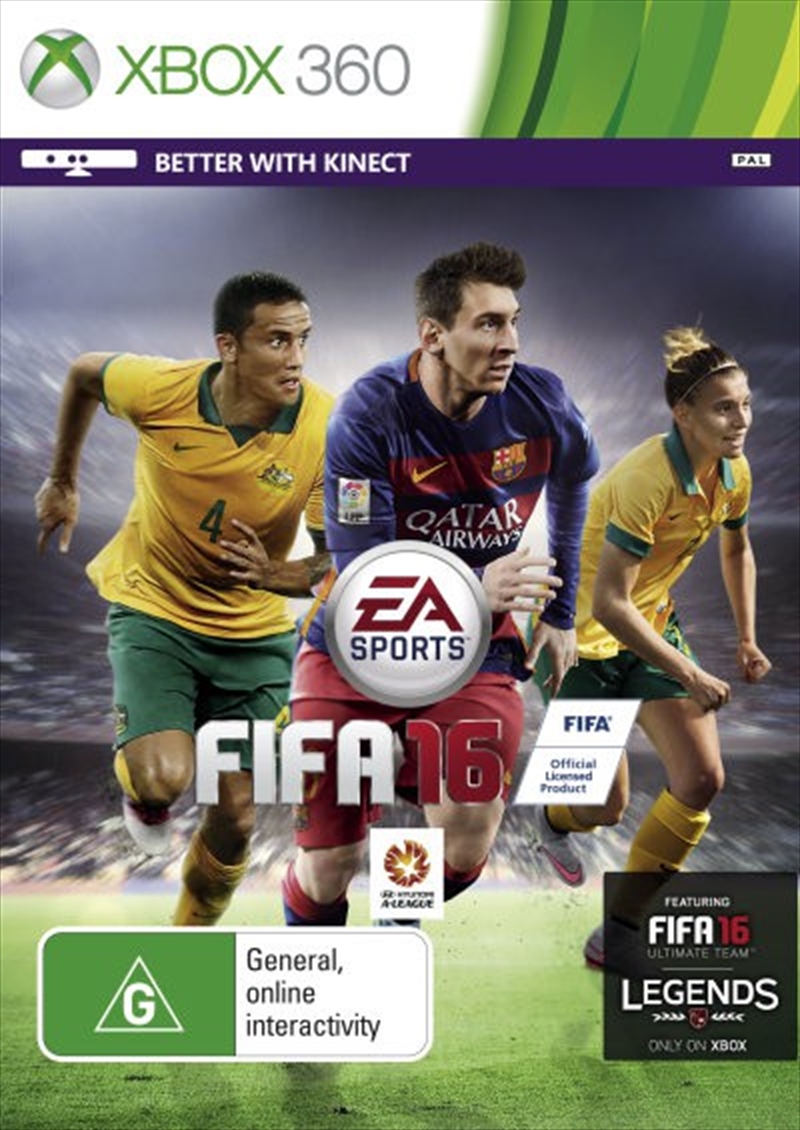 FIFA 16 innovates across the entire pitch to deliver a balanced, authentic, and exciting football experience that lets you play your way, and compete at a higher level. And with all new ways to play!

With innovative gameplay features, FIFA 16 brings Confidence in Defending, Control in Midfield, and gives you the tools to create more Moments of Magic than ever before. Fans new to the franchise, or skilled players looking to improve their game will have a chance to Compete at a Higher Level using the all new FIFA Trainer. Innovation Across the Entire Pitch. New Ways to Play. Compete at a Higher Level.

INNOVATION ACROSS THE ENTIRE PITCH

Defend as a Unit - Rely on your teammates to cover gaps when you close down an attacker. New defensive AI gives players better awareness of dangerous space on the pitch relative to the ball and their opponents. Your teammates will track back to stop sophisticated attacking runs, and close down angles of attack.

New Tackling Fundamentals - All new tackling behaviors add a variety of options to help you get stuck in and take possession of the ball. A brand new slide tackle system that allows you to bridge out of the tackle and get back in position. There is now huge variety available in tackling options, such as Fake Tackles, In Air Standing Tackles, and Full Body Tackles. Tackles are rewarding and responsive in FIFA 16.

Interception Intelligence - Control the Midfield with new interception logic that helps you shut down options and close dangerous passing channels. This creates a more considered and authentic experience in midfield. Rewritten for FIFA 16, Interception Intelligence can be adjusted in the Player Instructions menu so you can control how aggressive your teammates are going for the ball. You are in complete control of build-up play in midfield.

Passing With Purpose - FIFA 16 introduces a revolution in passing. Now play sharp, incisive passes so you can find teammates with precision. Using a new button mechanic, ping driven ground passes to find teammates in tight spaces to open up your attacking options. Passing with Purpose balances Interception Intelligence to create a real football experience of risk/reward when moving the ball.

No Touch Dribbling - Lionel Messi was motion captured to create an innovative dribble control system that gives players the freedom to decide not just how, but when to touch the ball. Now you can let the ball run to buy time, feint, and blow by your defender just as Messi does when he is at his best. Buy time using No Touch Dribbling to allow teammates to make runs, control the pace of play, wrong-foot a defender, and create Moments of Magic. This revolutionizes 1v1 scenarios and gives players more opportunities in attack than ever before.

Dynamic Crossing - Crossing in FIFA 16 changes the way both the crosser and their receiving teammate approach the ball. Crossers approach the ball with realistic and rewarding run animations, while players in the box will be led by the ball so they can run on to it, using their movement to drive the strike. New cross targeting means your strikers will meet the ball on the run and put defenses in difficult situations as more balls are played behind the back line.