Before This World: Deluxe Edition 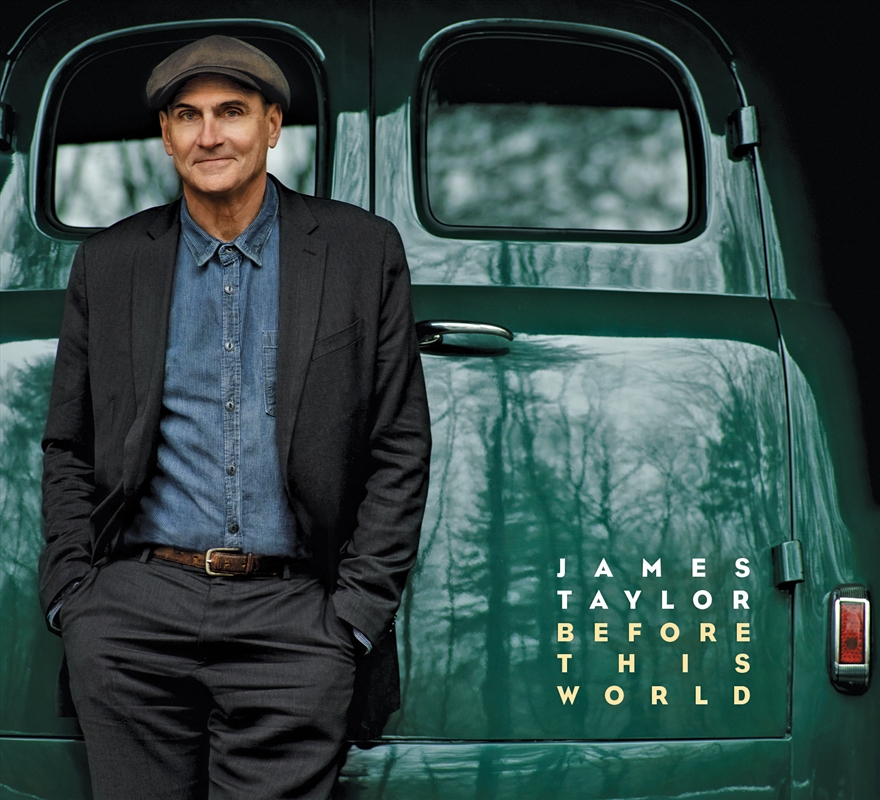 Before This World: Deluxe Edition

Produced by Grammy Award®-winner Dave O’Donnell, Before This World features ten songs, nine of which are brand new James Taylor compositions.. In addition, the special 2-Disc CD/DVD Before This World Deluxe Edition includes the full-length album on CD plus “There We Were: The Recording of James Taylor’s Before This World,” a behind-the-scenes documentary about the making of the album on DVD. Through studio footage and interviews (including Taylor and album guests Sting and Yo-Yo Ma) this beautifully rendered 30-minute film provides an intimate look into Taylor’s creative process and the recording of this landmark album.

Recorded at his home studio TheBarn, in Washington, MA, Taylor enlisted the longtime members of his band for the sessions including bassist Jimmy Johnson, drummer Steve Gadd, guitarist Michael Landau, keyboardist Larry Goldings, percussionist Luis Conte, fiddler and vocalist Andrea Zonn and vocalists Arnold McCuller, David Lasley and Kate Markowitz. Taylor also called on close friends Yo-Yo Ma and Sting to add their remarkable talent to the new album, (Ma’s cello is heard on “You And I Again” and “Before This World”; Sting added vocals to “Before This World.”) Additionally, Taylor’s wife Kim and son Henry sing harmony on “Angels Of Fenway” and the classic folk tune “Wild Mountain Thyme.”

On Before This World, Taylor continues to explore many of the themes that have absorbed him throughout his career. “My sort of self-expression and the autobiographical aspect of my work is a thru-line that links all my albums together,” he explains. “I think I have grown musically, and I think people can hear it in what I played in ‘68, and you can hear it in what I’m singing about now. It is ongoing, it’s still me, but it’s still evolving.” Offering heartfelt reflection and insight from a life well lived, Taylor traces the road’s healing allure (“Stretch of the Highway”), revisits themes of recovery, (“Watchin’ Over Me”), offers a song for agnostics (“Before This World”), looks at love’s mystical properties (“You And I Again”) as well as the redemptive spirit of baseball (“Angels Of Fenway”), and the beginning of his remarkable journey, (“Today Today Today”), the album’s first track.

Title: Before This World: Deluxe Edition

4. Stretch Of The Highway

8. Before This World / Jolly Springtime