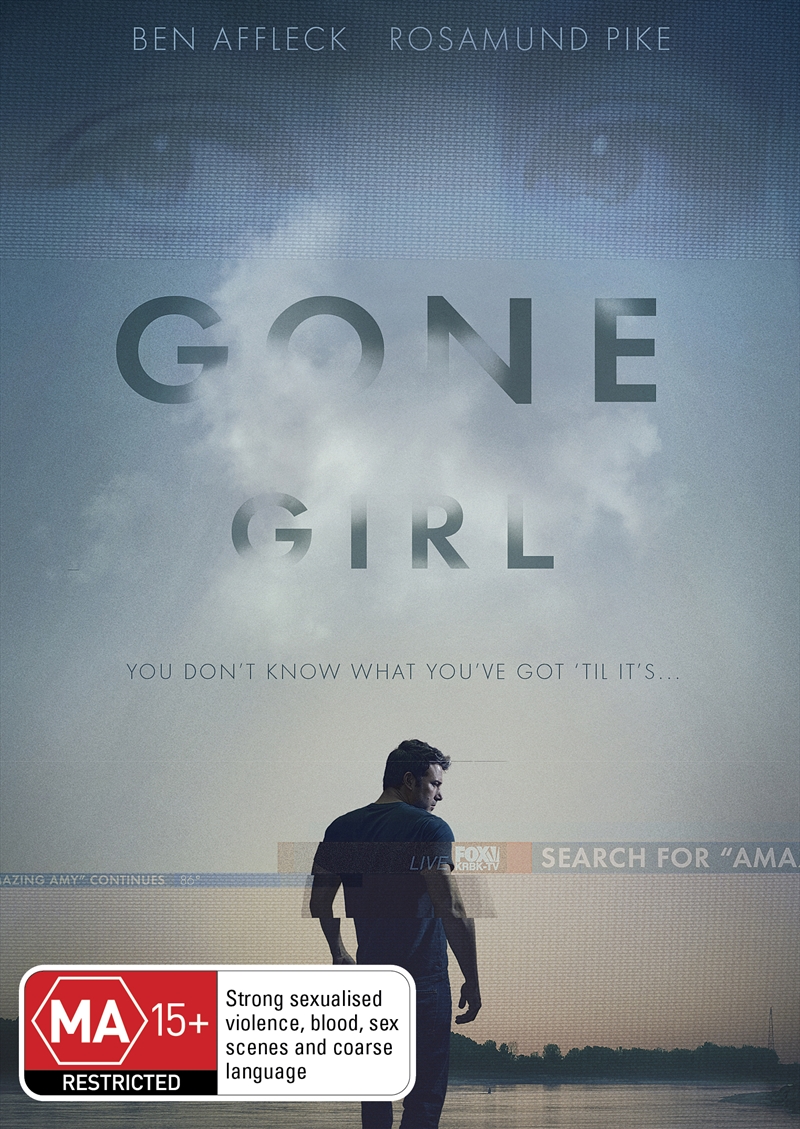 Shipping - See delivery options.
Postcode:
Quantity:
SEE MORE IN:
Gone Girl 2 for $20 Movies & More 2 For $20 Drama
On the occasion of his fifth wedding anniversary, Nick Dunne reports that his wife, Amy, has gone missing. Under pressure from the police and a growing media frenzy, Nick's portrait of a blissful union begins to crumble. Soon his lies, deceits and strange behavior have everyone asking the same dark question: Did Nick Dunne kill his wife?