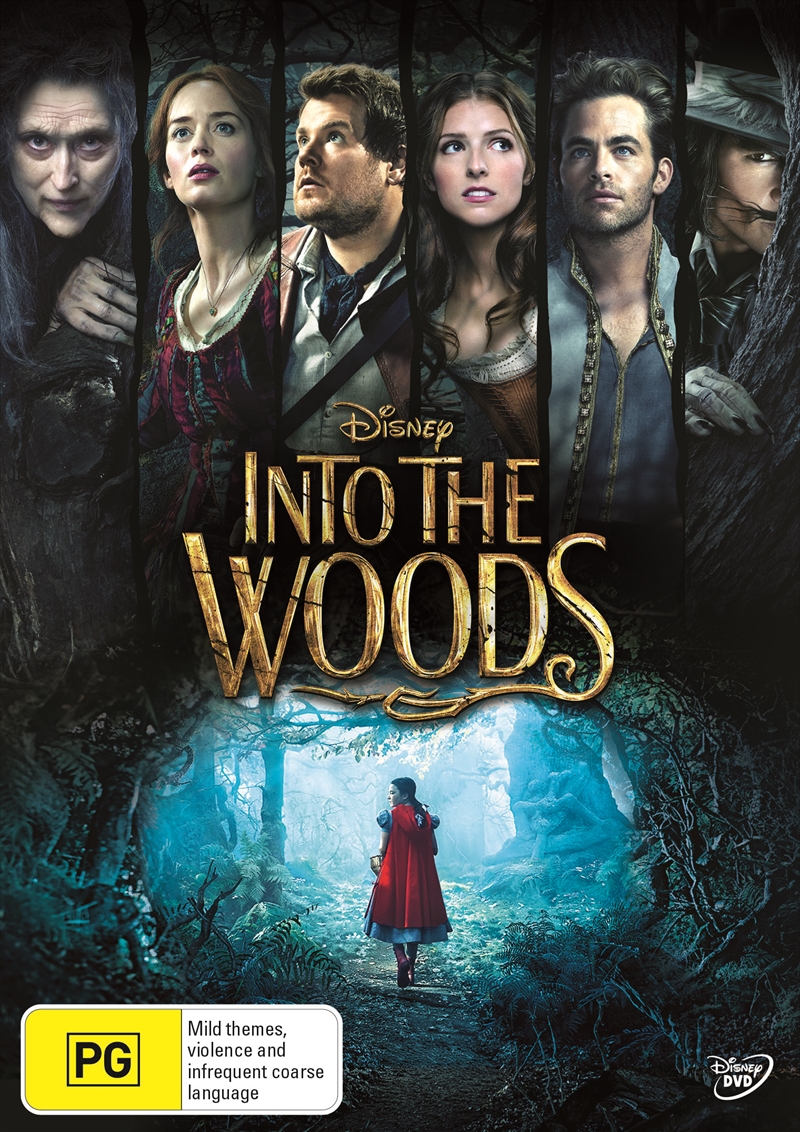 Shipping - See delivery options.
Postcode:
Quantity:
SEE MORE IN:
2 for $20 Movies & More
Be careful what you wish for

Disney's Into the Woods is based on the Tony-winning original musical by James Lapine and Stephen Sondheim. It is a modern day twist on the beloved Brothers Grimm fairy tales, intertwining the plots of a few choice stories. This humorous and heartfelt musical follows the classic tales of Cinderella, Little Red Riding Hood, Jack and the Beanstalk and Rapunzel - all tied together by an original story. It surrounds a baker and his wife's quest to break a witch's curse in order to start a family. Along the way, they encounter several well-known fairy tale characters and together they learn what happens after happily ever after.

Title: Into The Woods