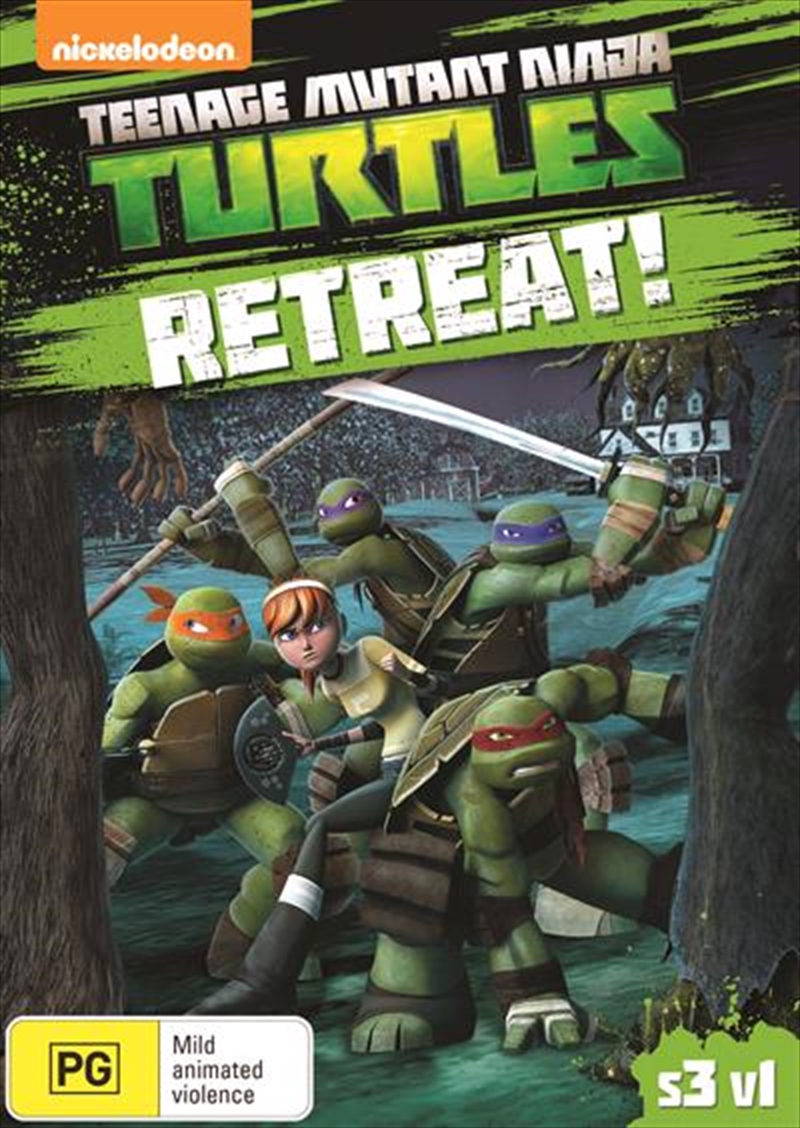 SEE MORE IN:
Teenage Mutant Ninja Turtles US Clearance Nickelodeon
DESCRIPTION
Sean Astin, Jason Biggs, Clancy Brown, Greg Cipes, Kelly Hu, Phil LaMarr, Rob Paulsen, and Mae Whitman are among the voice cast of Nickelodeon's brand-new incarnation of the animated TMNT franchise. The Kraang have overrun New York City. Splinter is presumed dead. Leonardo is critically injured. The turtles, along with April and newcomer Casey Jones, are forced to evacuate the city and take shelter in the ONeil Family farm house at the edge of the woods. The temporary peace is broken by the appearance of several mutated monsters born from one tragically misplaced can of mutagen.
DETAILS