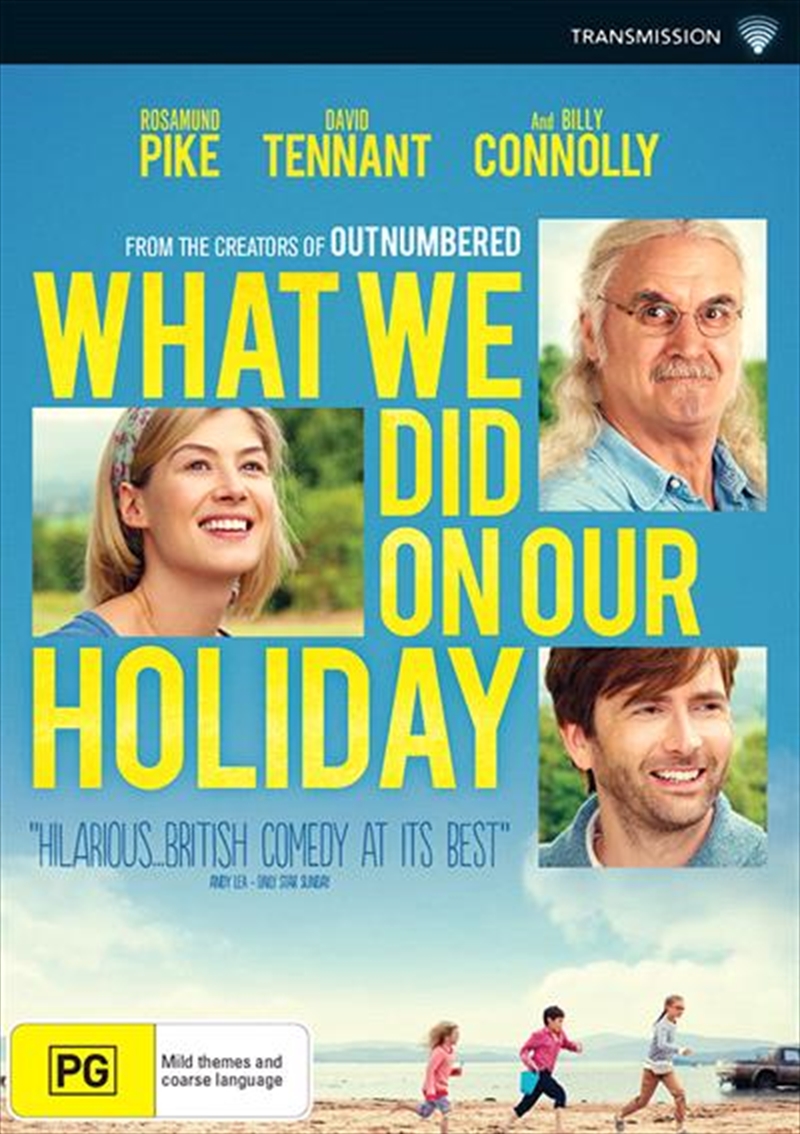 Shipping - See delivery options.
Postcode:
Quantity:
SEE MORE IN:
3 for $20 Movies & More
DESCRIPTION
As Doug (Tennant), his wife Abi (Pike) and their three children prepare to travel up to the Scottish Highlands for Doug's father Gordie (Connolly)'s birthday, they fail to give their children a list of things that are to be kept secret. While their offspring set about telling Grandpa and Grandma (Annette Crosbie) the ins and outs of their lives down in London, including intimate details of arguments their parents have had, Doug and Abi try to put aside their differences and have an enjoyable weekend.
DETAILS

Title: What We Did On Our Holiday