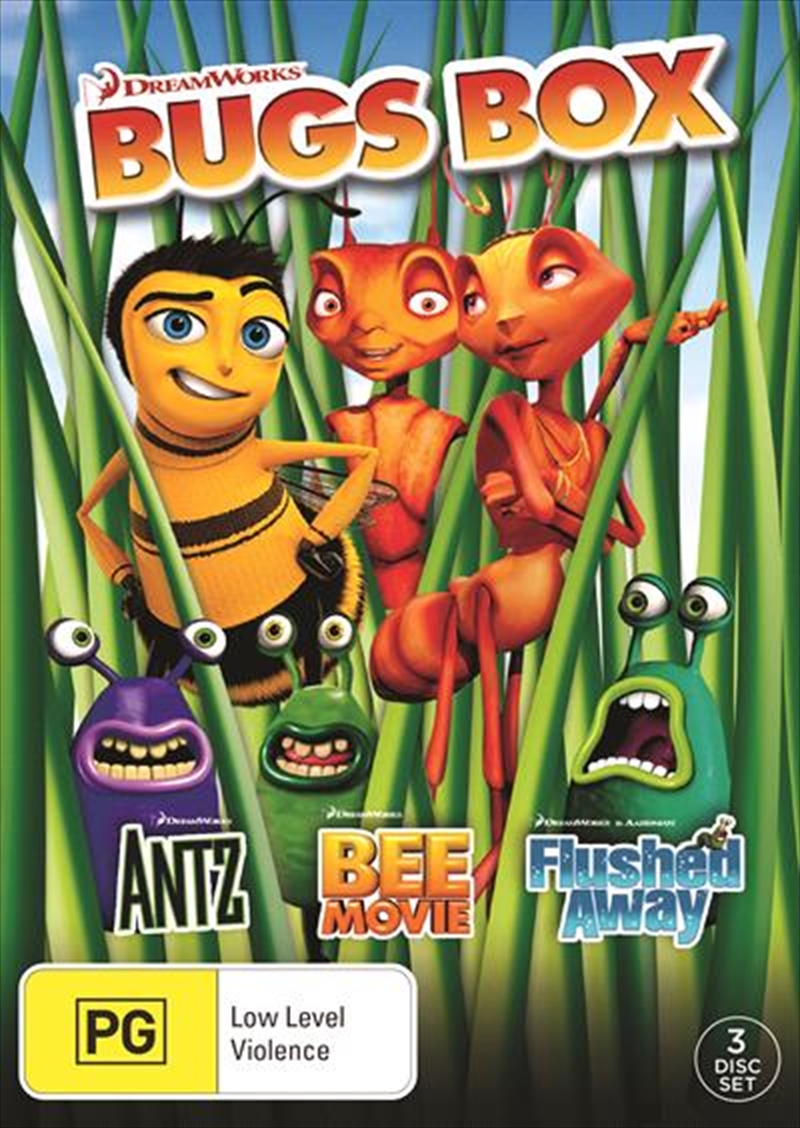 Shipping - See delivery options.
Postcode:
Quantity:
SEE MORE IN:
Dreamworks 2 for $20 Movies & More
From creator Jerry Seinfeld comes "Bee Movie", a comedy that will change everything you think you know about bees. Having just graduated from college, a bee by the name of Barry B. Benson (Jerry Seinfeld) finds himself disillusioned with the prospect of having only one career choice - honey. As he ventures outside of the hive for the first time, he breaks one of the cardinal rules of the bee world and talks to a human, a New York City florist named Vanessa (Renee Zellweger). He is shocked to discover that the humans have been stealing and eating the bees' honey for centuries, and ultimately realizes that his true calling in life is to set the world right by suing the human race for stealing their precious honey.Synopsis - Antz (1998) With a superstar cast and breakthrough visual effects, DreamWorks' spectacular comedy adventure, ANTZ, became "king of the hill" with audiences and movie critics alike. Everyone digz ANTZ!Life is no picnic for Z, a small worker ant with some very big ideas whose chances of landing the beautiful Princess Bala are literally one in a billion. But when Z convinces his soldier ant buddy to switch places with him, his simple life takes a wild turn. From his battles in the termite war to his search for "Insectopia", Z's adventures land him in a final confrontation with the ruthless General Mandible who has planned to liquidate the colony. Once the most insignficant of workers, Z may just turn out to be the biggest hero of them all!Synopsis - Flushed Away (2006) Set on and beneath the streets of London, "Flushed Away" is the story of Roddy (Hugh Jackman), an upper-crust society mouse who is rather rudely evicted from his Kensington flat when he is flushed down the toilet, into the bustling sewer world found under London's streets. There, he meets Rita (Kate Winslet), an enterprising scavenger who works the sewers in her faithful boat, the Jammy Dodger. Together they must navigate their way through a busy city filled with dangers for any mouse,