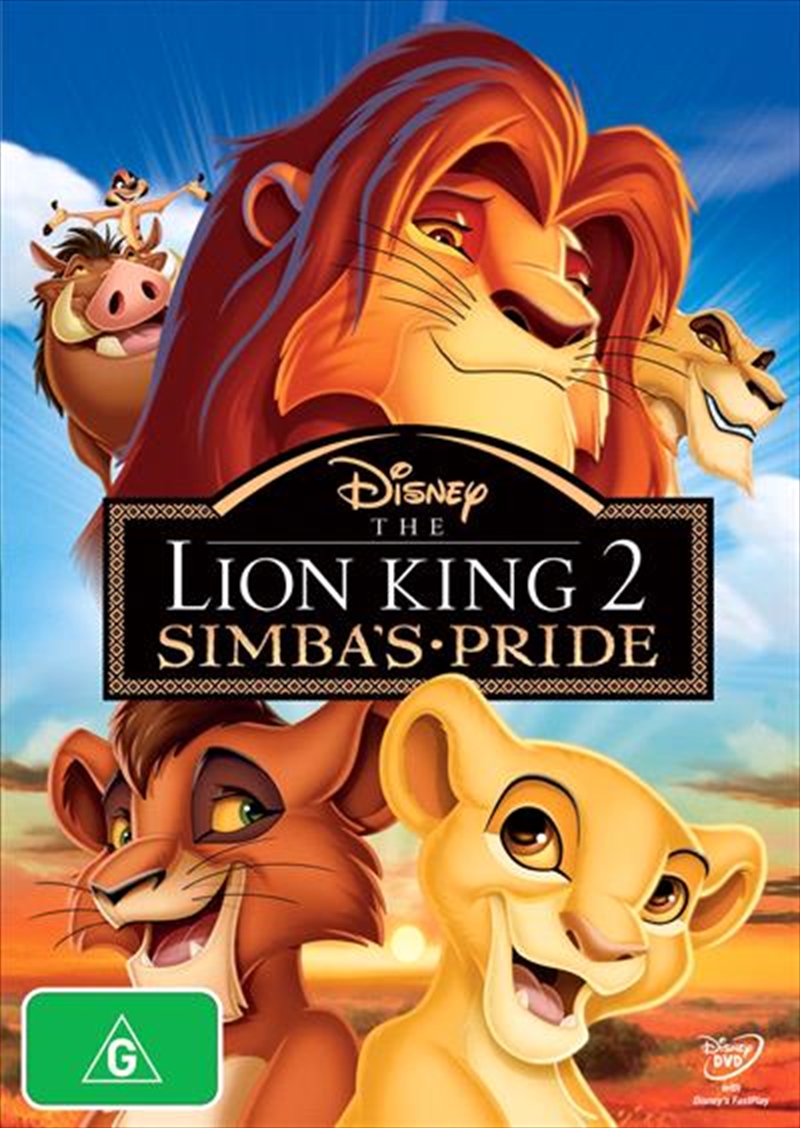 Shipping - See delivery options.
Postcode:
Quantity:
SEE MORE IN:
The Lion King 2 for $20 Movies & More 2 For $20 Family
All the power and majesty of animation's greatest achievement - Disney's Academy Award-winning film, The Lion King - return for THE LION KING II:SIMBA'S PRIDE. From the hilarous humour of Timon and Pumbaa to the magnificent, adventure-packed world of the Serengeti, the circle of life continues with an incredible all-new story. Kiara, Simba's playfully headstrong daughter and heir to the Pride Lands, is on the prowl for adventure. Escaping her bumbling baby-sitters Timon and Pumbaa, Kiara runs off to the Outlands, wich are strictly off limits. There she meets the mischievous Kovu - a young cub chosen to walk in Scar's paw prints. The rift between the Outlanders and Simba's pride deepens as Kiara and Kovu's feelings for each other grow. But will love find a way to bring their very different worlds together as one? An all-star cast returns, including Matthew Broderick (Simba), Nathan Lane (Timon), Ernie Sabella (Pumbaa) and Robert Guillaume (Rafiki), along with stunning Disney animation and five spectacular new songs, to offer breathtaking entertainment for everyone.