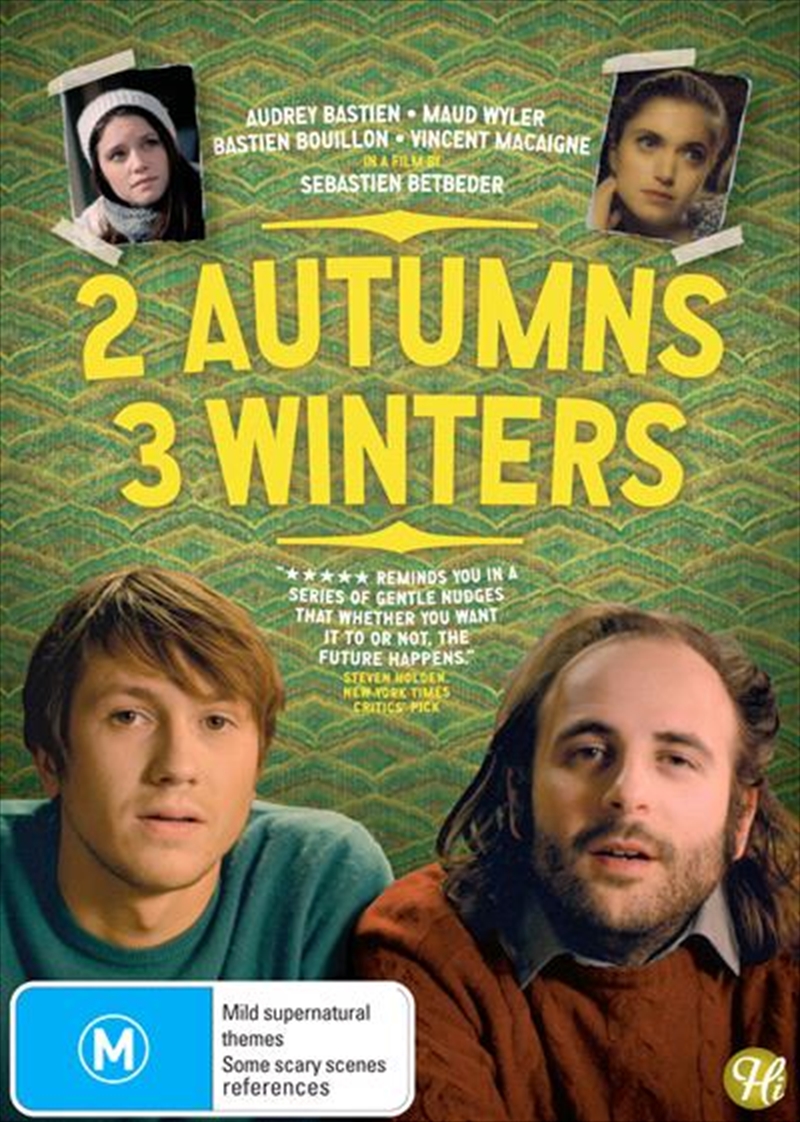 A whimsical portrait of the lives of four art-savvy Parisians as they steer their way through their thirties, and a defining early work of the new movement in French cinema. In need of a change, 33-year-old art school graduate Arman (Vincent Macaigne) takes up jogging and literally bumps into Amlie (Maud Wyler). He tries in vain to cross paths with her again, until a chance encounter brings the two together and puts Arman in hospital. As the two fall in love, Arman's best friend Benjamin (Bastien Bouillon) suffers a freak stroke requiring heavy rehab, affecting his moods but ultimately bringing Katia (Audrey Bastien) into his life.Over the course of 2 autumns and 3 winters, director Sbastien Betbeder employs a tender and comedic touch to explore the loves, fears, joys and uncertainties of these friends as they are forced to come to terms with the changing face of relationships as we grow. With loving references to cinema, music, art, fashion and food 2 Autumns, 3 Winters is an endearing take on modern love, life and culture and heralds Betbeder as an important figure in modern French cinema.