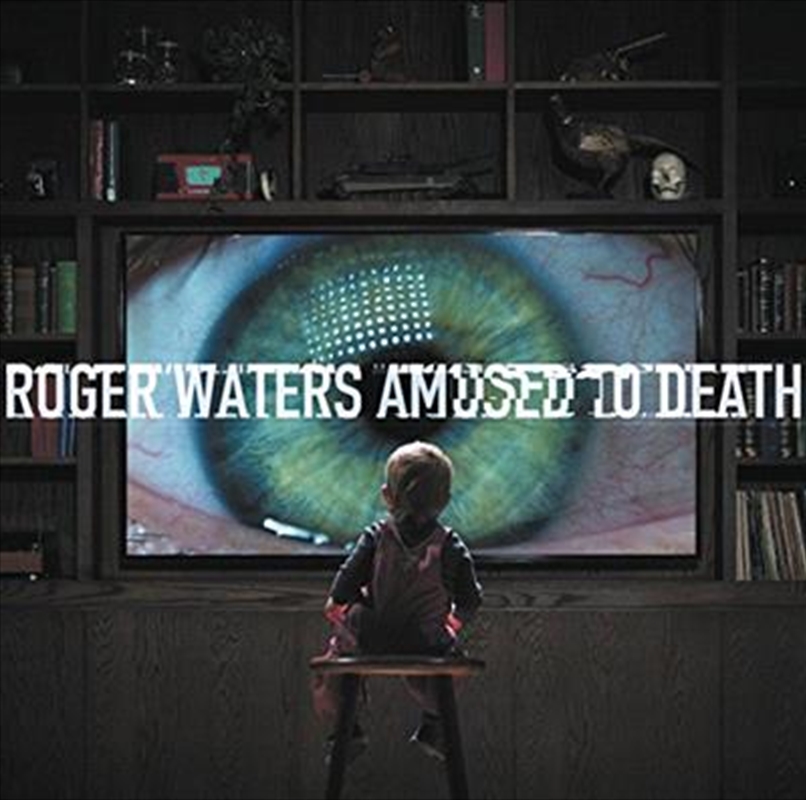 Shipping - See delivery options.
Postcode:
Quantity:
SEE MORE IN:
2 for $40 Music Roger Waters All 2 for $40
DESCRIPTION
Sony Music Entertainment Australia is proud to announce Roger Waters’ album AMUSED TO DEATH returns in a remastered release on Friday July 24th 2015. AMUSED TO DEATH sounded the alarm about a society increasingly – and unthinkingly – in thrall to its television screens. Twenty-three years later, AMUSED TO DEATH speaks to our present moment in ways that could scarcely have been anticipated two decades ago.

“I’m remembering the record from [over] 20 years ago, that most of what I had to say then sadly still pertains today and is maybe even more relevant to our predicament as people in 2015 even than it was in 1992,” says Roger Waters.

An unblinking look at an entertainment-obsessed society, AMUSED TO DEATH addresses issues that have only grown in complexity and urgency over the past two decades. In 2015, television is just one option in an endless array of distractions available to us anytime, anywhere, courtesy of our laptops, tablets and smart phones. With eyes glued to our screens, the dilemmas and injustices of the real world can easily recede from view.

The 2015 edition of AMUSED TO DEATH feature a newly remastered stereo mix completed by long-time Roger Waters / Pink Floyd collaborator and co-producer, James Guthrie. The cover and gatefold art has been updated for 2015 by Sean Evans, the creative director of Waters’ 2010-2013 THE WALL LIVE tour and movie.

The Ballad Of Bill Hubbard

What God Wants, Pt. I

The Bravery Of Being Out Of Range