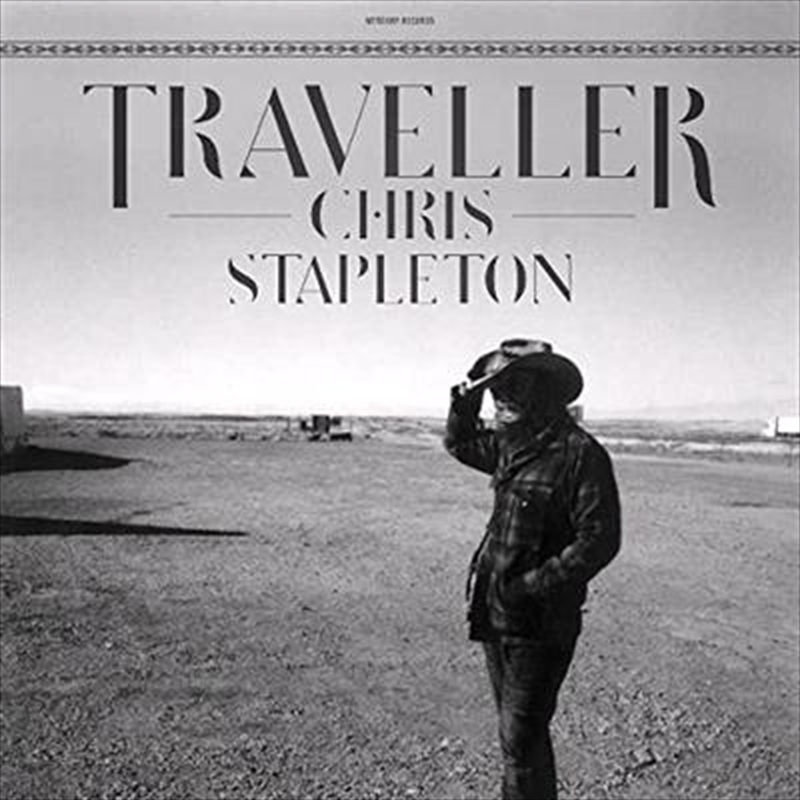 Recorded at Nashville’s historic RCA Studio A (with additional production at The Castle and Blackbird Studio), Traveller was produced by Dave Cobb (Sturgill Simpson, Jason Isbell) and recorded by Vance Powell (Jack White). In addition to renditions of Dean Dillon and Linda Hargrove’s “Tennessee Whiskey” and Don Sampson’s “Was It 26,” the album features twelve original songs, including fan-favorite “Sometimes I Cry.” Last month, during a special album reveal party, Stapleton returned to RCA Studio A to record a new version of “Sometimes I Cry” live-to-tape in front of an audience—allowing a unique, once-in-a-lifetime glimpse inside the making of the album. The track is currently being mastered and will be added to the final track-listing very shortly.

Of his inspiration behind the record, Stapleton comments, “This record was made standing on the shoulders of friends, family, and heroes. I hope people enjoy listening to it as much as I've enjoyed making it.”

Over the course of his acclaimed career, Stapleton has penned over 170 album cuts, including songs recorded by Adele, Tim McGraw, Brad Paisley and Dierks Bentley, and has such notable co-writers as Vince Gill, Peter Frampton and Sheryl Crow among others. Additionally, Stapleton has shared the stage with such respected artists as Gill, Alison Krauss, Marty Stuart, Emmylou Harris and more. As lead vocalist for critically acclaimed bluegrass band The SteelDrivers, Stapleton earned three Grammy nominations including “Best Bluegrass Album,” as well as an International Bluegrass Music Association Award for “Emerging Artist of the Year.” He’s also won eight ASCAP Awards and has contributed to the soundtracks of several feature films including “Cars 2” and “Valentine’s Day.”

When The Stars Come Out