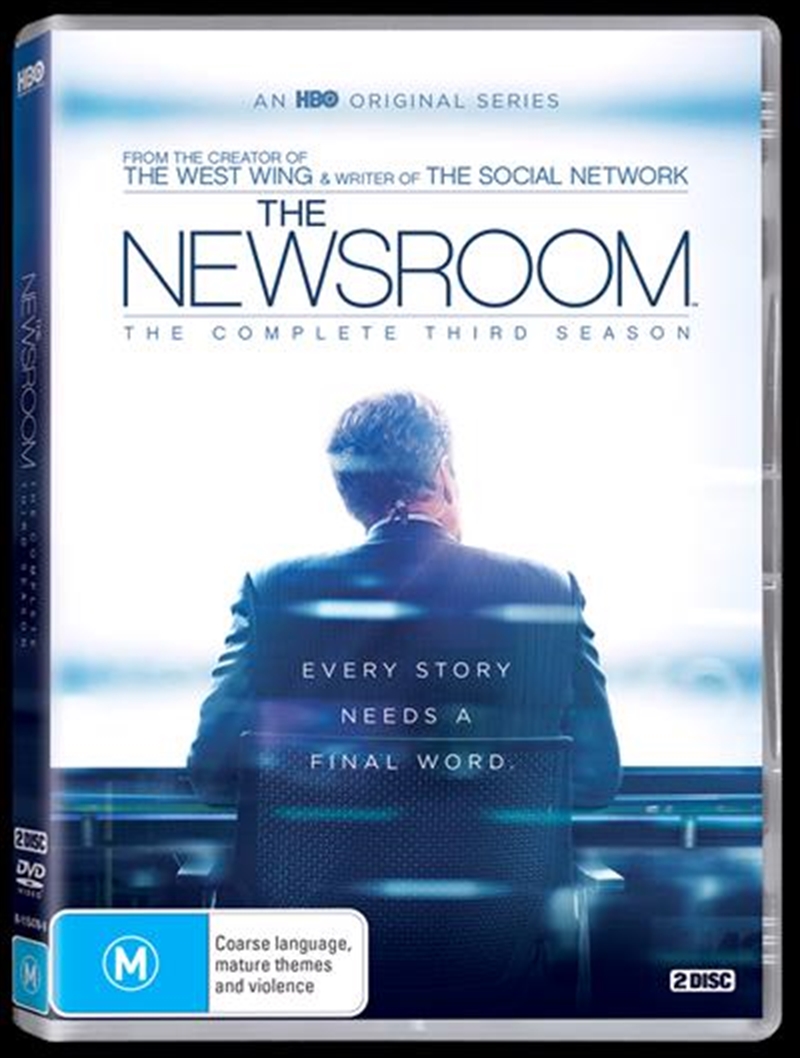 Shipping - See delivery options.
Postcode:
Quantity:
SEE MORE IN:
3 for $40 TV Cant Seem To Stream
DESCRIPTION
More on this story as it develops.

Cable-news anchor Will McAvoy and his embattled staff at ACN face a possible network takeover and the repercussions that follow the receipt of leaked confidential documents in the 3rd and final season of Aaron Sorkin's acclaimed HBO drama series. As subpoenas are served and hostile-takeover rumors fly over the course of the six gripping episodes, McAvoy (Jeff Daniels) and his team redouble their efforts to do the news well in an increasingly competitive digital universe where tweets and Instagrams often trump old-fashioned professionalism.
DETAILS