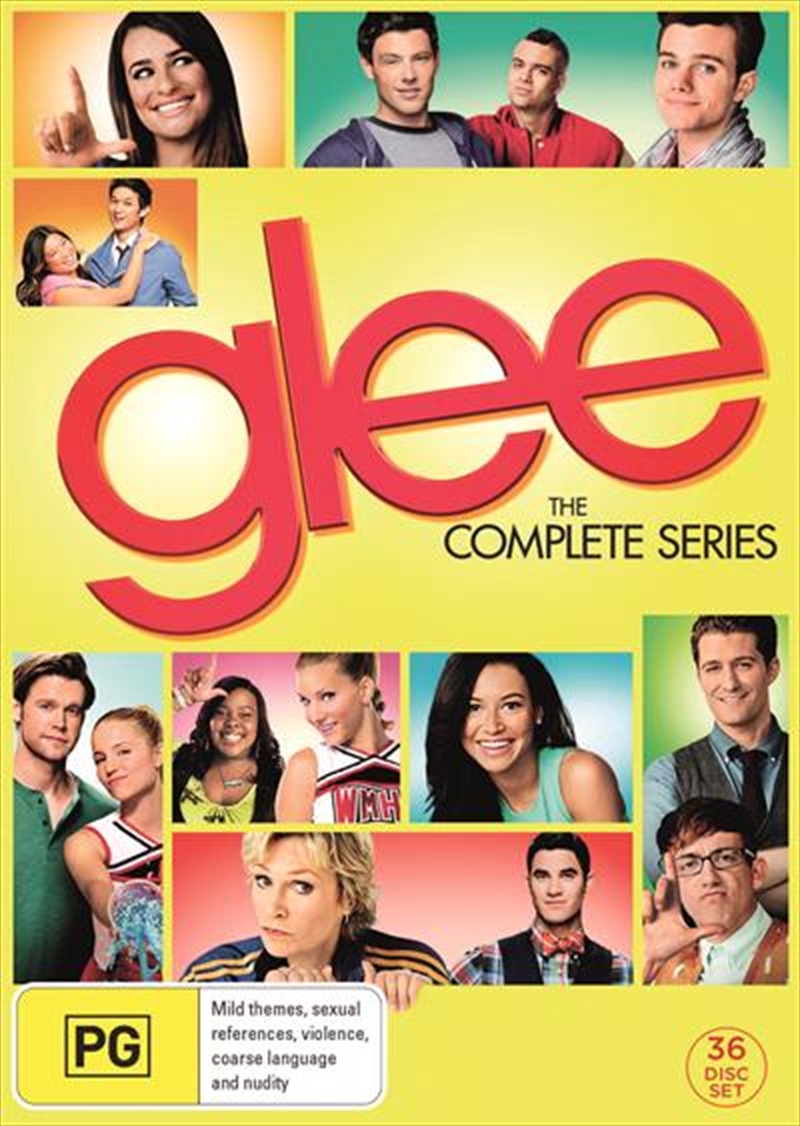 Shipping - See delivery options.
Postcode:
Quantity:
SEE MORE IN:
Glee Up To 50% Off Boxsets Lea Michele Bingeworthy Boxsets Movie Collections
DESCRIPTION
Glee is a high school comedy (dramedy) filled with music and choreography. It follows the students and faculty surrounding a high school glee club. The show exploits high school stereotypes (the popular jocks and cheerleaders, the losers interested in music clubs, the dumb athlete, the flamboyant homosexual, etc.), while preaching a be yourself and follow your dreams message. There are some emotions, but much of the show is light-hearted fun.
DETAILS