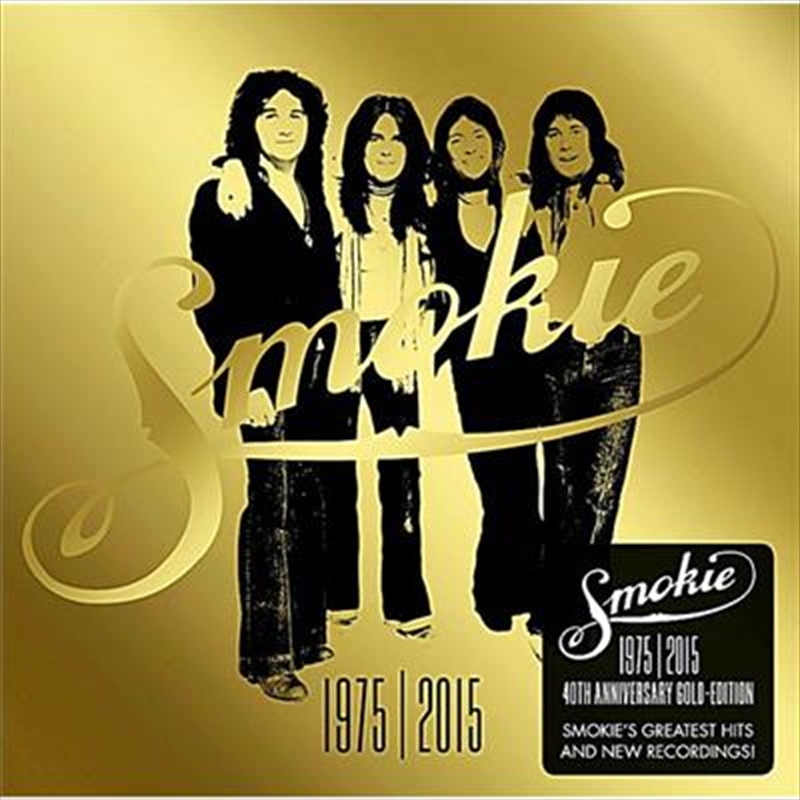 In 1975 a simple white covered LP with a big remarkable "Smokey" print all over the artwork changed the world of music as it was. Not only that the quality of the songs causes protest by slightly similar named singers that forced the band to change their signet to the then famous banner "Smokie," it also marks the breakthrough to a breathtaking Hit packed career of these extraordinary talented musicians. Classics like "Living Next Door To Alice," "Lay Back In The Arms Of Someone," "Mexican Girl," "Baby It's You," "For A Few Dollars More," "Do To Me," and many others became popular all over the world and often peaked at the number 1 spot in the charts.

Now, celebrating the 40th anniversary of their debut, the new release 'Gold' is the ultimate "Best Of" compilation. For the very first time it offers all the Smokie hits from all different line-ups. Beginning with the founding formation including Chris Norman on vocals to his successor Alan Barton, who died in a tragically accident that almost stopped the very existence of the band and Mike Croft, the actual front man, who finally managed to breathe new life into the suffering members and took Smokie back to fame.

'Gold' is what fans are waiting for and it includes all the chart breaking hits from the past, great modern classics like "Boulevard Of Broken Dreams" up to their latest singles, "Rock 'N' Roll Rodeo" and "Sally's Song."

On top of that, 'Gol' also includes great bonus material, with fantastic live & unplugged sets, hidden treasures and solo highlights. An exciting new 2015 Remix and 2 all new recordings by Smokie & Chris Norman complete these collection to a must have fan item.

Lay Back In The Arms Of Someone

For A Few Dollars More

Something's Been Making Me Blue

Sally's Song (the Legacy Goes On)

Don't Play That Game With Me

What Can I Do

Changing All The Time

Don't Play Your Rock'n'roll To Me

Closer To The Candle

At The End Of The Rainbow

Babe It's Up To You

Living Next Door To Alice

In The Middle Of A Lonely Dream

If You Think You Know How To Love Me

You're So Different Tonight