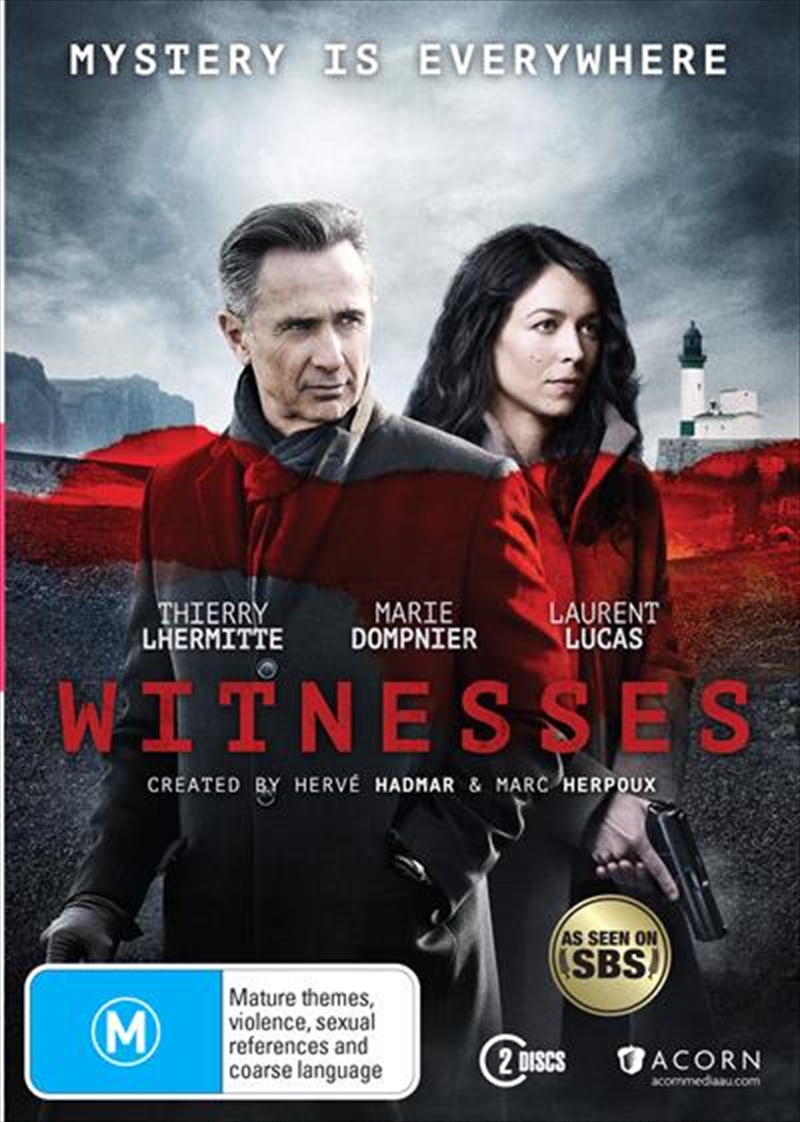 Set in the North of France, The Witnesses turns on a passionate and resilient female cop, Sandra Winckler, who investigates a wave of strange murders linked to Paul Maisonneuve, a Crime Squad legend who is now retired but forced to return to duty. The dead are dug up and are installed in witnesss houses. Each time, the same ritual: a woman, a man, a teenager who did not know each other are placed to form a new family. In the middle of the body, a picture: that of Paul Maisonneuve, a legend of the PJ in the North of the France, retired, and forced to return to the business. Who digs up these bodies? Who installs them in these control homes and for what reason? Sandra Winckler, young COP investigating must work with Paul Maisonneuve to discover who is behind these grisly stagings. During the investigation, she will have to delve into the past of Paul, because the truth lies there, somewhere in his past. For these two cops, life will soon never be the same... in the shadows, a man is ready to accomplish his revenge, a revenge that has developed over a long time...