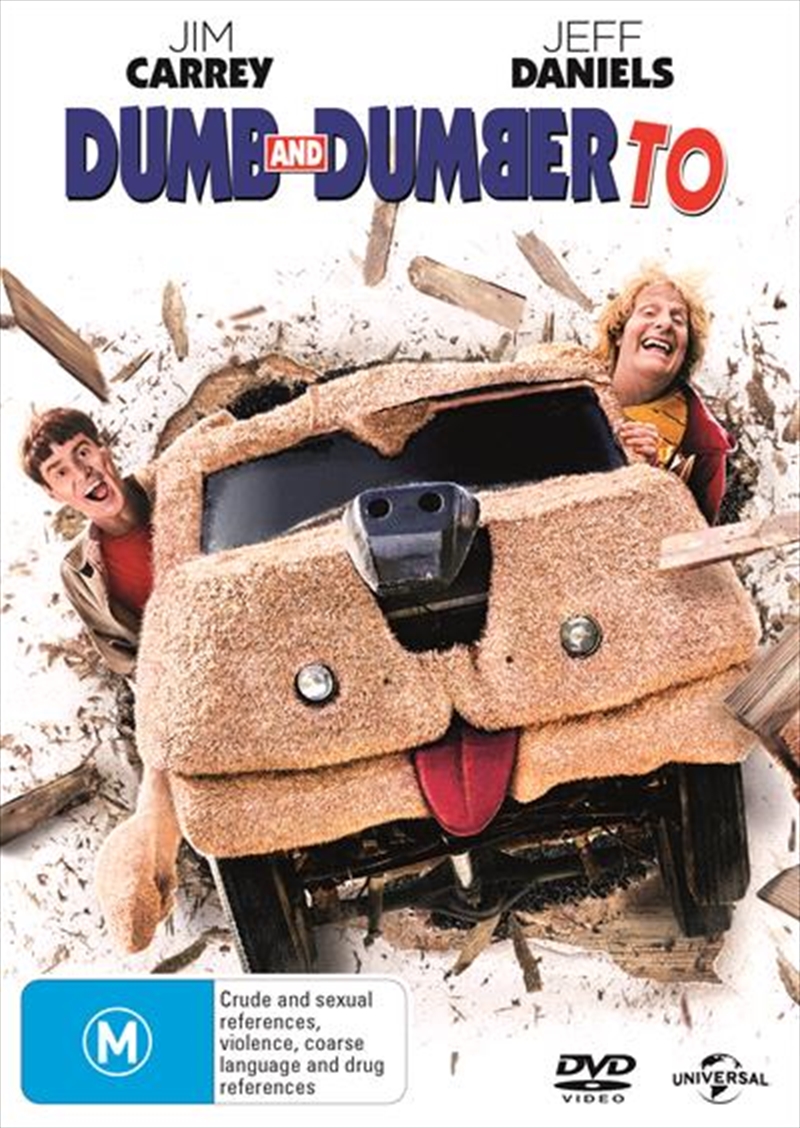 Shipping - See delivery options.
Postcode:
Quantity:
SEE MORE IN:
Dumb and Dumber 3 for $20 Movies & More Cant Seem To Stream
DESCRIPTION
The average person uses 10% of their brain capacity. Imagine what he could do with 1%.

Jim Carrey and Jeff Daniels reprise their signature roles as Lloyd and Harry in the sequel to the smash hit that took the physical comedy and kicked it in the nuts: DUMB AND DUMBER TO. The original film's directors, Peter and Bobby Farrelly, take Lloyd and Harry on a road trip to find a child Harry never knew he had and the responsibility neither should ever, ever be given.
TRAILER
DETAILS

Title: Dumb And Dumber To