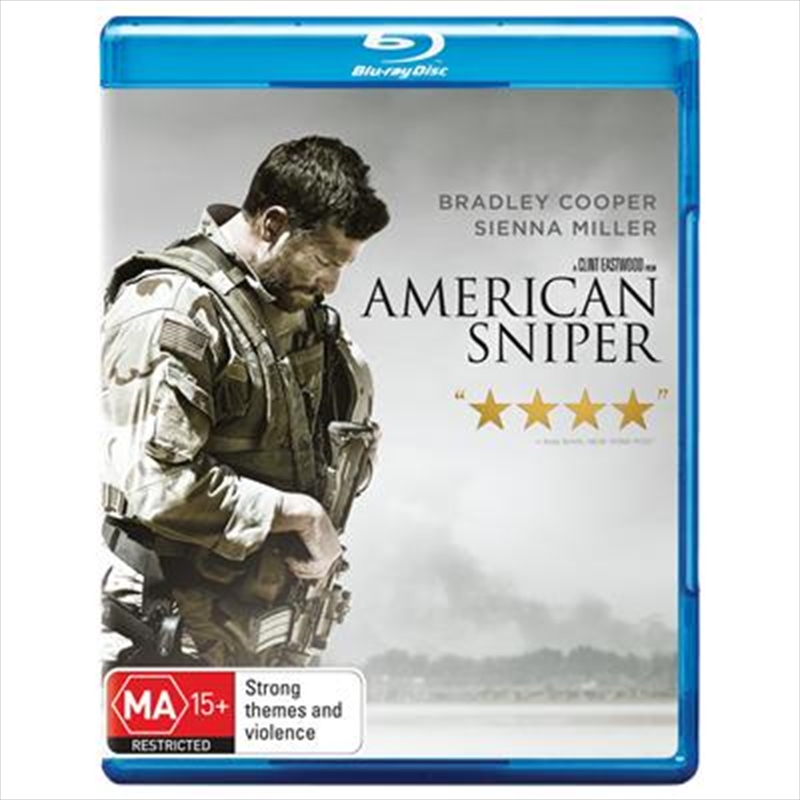 A Navy SEAL recounts his military career, which includes more than 150 confirmed kills. Clint Eastwood directs this biographical action thriller starring Bradley Cooper and Sienna Miller. Chris Kyle (Cooper) is renowned as the most talented and lethal sniper in U.S. military history with a record 160 kills to his name. When Kyle is sent to Iraq on a mission to protect his fellow Navy SEALs he finds that his flawless record and reputation precede him as he earns himself the nickname Legend from his allies and The Devil of Ramadi from his enemies. After serving on four tours of duty, Kyle prepares to return home to his wife (Miller) and family but as he tries to adapt to suburban life he finds himself pining for war.
TRAILER
DETAILS