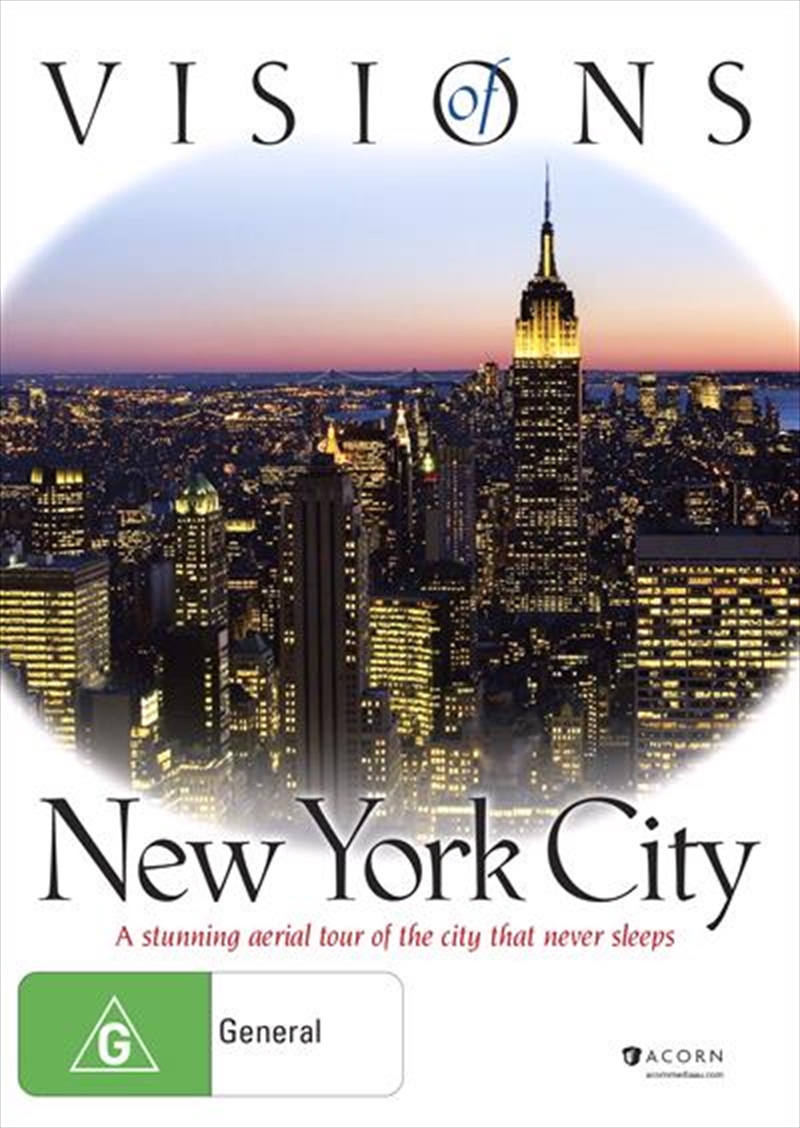 The legendary allure of New York has brought millions of dream seekers to the Empire City. From Wall Street to Washington Heights, down Fifth Avenue, through Central Park, over bridges, and across the grid, VISIONS OF NEW YORK CITY celebrates the irresistible attraction of the magnificent metropolis in a breathtaking aerial tour.Helicopter-mounted cameras capture all the striking juxtapositions of nature and progress, geometry and geography. Soar over the harbour from Lady Libertys perspective, view sparkling skyscrapers at night, and roam through famous neighbourhoods from Little Italy to Chinatown, Harlem, and the Upper West Side. Informative narration, an evocative soundtrack, and stunning aerial and ground footage highlight the islands iconic images, boundless energy, and enduring appeal.