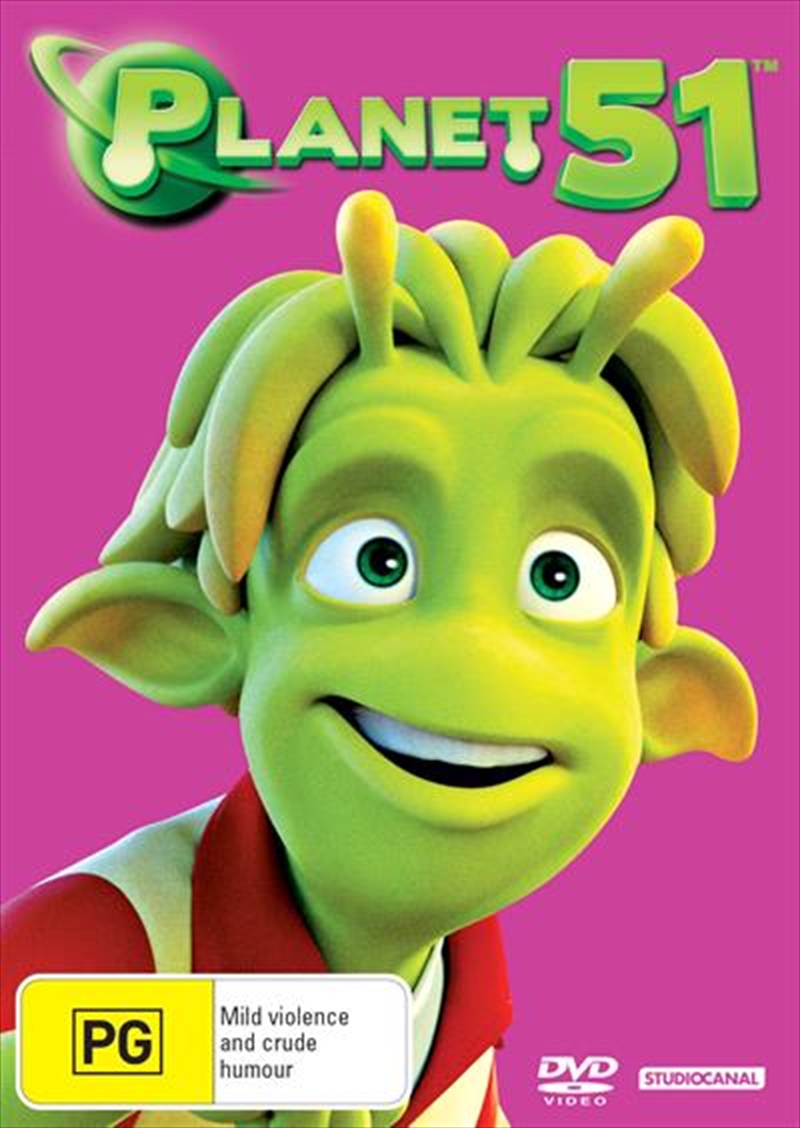 Sixteen year old Lem lives on Planet 51, a white picket fenced world reminiscent of 1950's America. His life is happy, safe and predictable... until the unpredictable happens!
Out of the blue, and millions of miles from home, astronaut Captain Charles 'Chuck' Baker's spaceship comes crashing down right in the middle of a family barbecue! Unaware of his surroundings, Chuck is reveling in his "Big Moment"; he plants his flag triumphantly before realizing he's not alone. Turning, he sees Planet 51's green-skinned inhabitants staring back at him bemused! In a panic he flees, bumping into many of the panicked natives who find this "alien" creature equally as frightening.
He takes refuge in the planetarium where Lem works and though their initial meeting is fraught with the kind of calamity that ensues when alien meets alien, they strike up a friendship. Lem agrees to help Chuck get back to his ship before it returns to earth without him but they'll have to outrun and outwit the paranoid Planet 51 Army who are determined to capture Chuck. It'll take LEM, his friends, an excitable but trusty pathfinder vehicle, Rover and a pair of not-so-bright Planet 51 soldiers to help them reach Chuck's ship in time.
DETAILS