Cloudy With A Chance Of Meatballs | Big Face 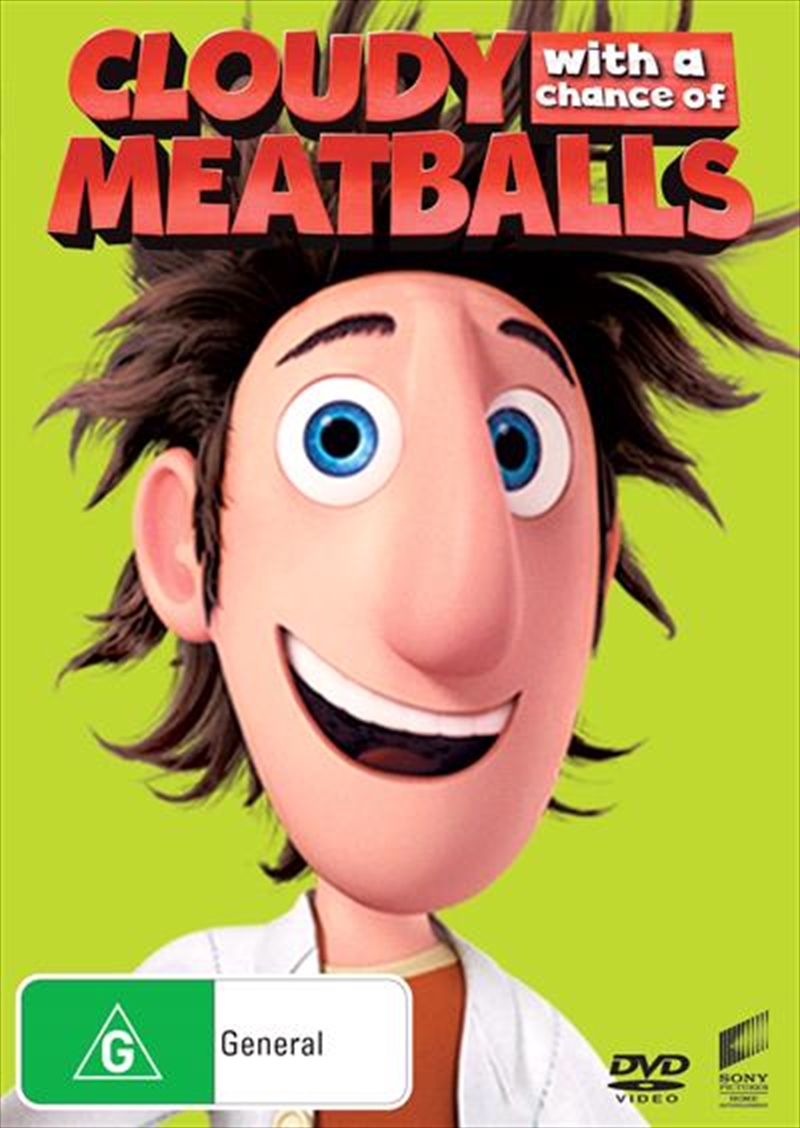 Cloudy With A Chance Of Meatballs | Big Face

Shipping - See delivery options.
Postcode:
Quantity:
SEE MORE IN:
3 for $20 Movies & More
DESCRIPTION
Bill Hader, star of Saturday Night Live and Night of the Museum: Battle of the Smithsonian, will voice Flint Lockwood, a young inventor who dreams of creating something that will improve everyone's life. Anna Faris, who recently turned heads as the star of the comedy hit The House Bunny, takes on the role of Sam Sparks, a weathergirl covering the phenomenon who hides her intelligence behind a perky exterior. James Caan plays Tim Lockwood, Flint's technophobic father. Andy Samberg plays Brent, the town bully who has plagued Flint since childhood. Bruce Campbell plays Mayor Shelbourne, who figures out that Flint's invention can put the town, and more importantly himself, on the map and Mr. T plays the by-the-rules town cop Earl Devereaux.
DETAILS

Title: Cloudy With A Chance Of Meatballs | Big Face