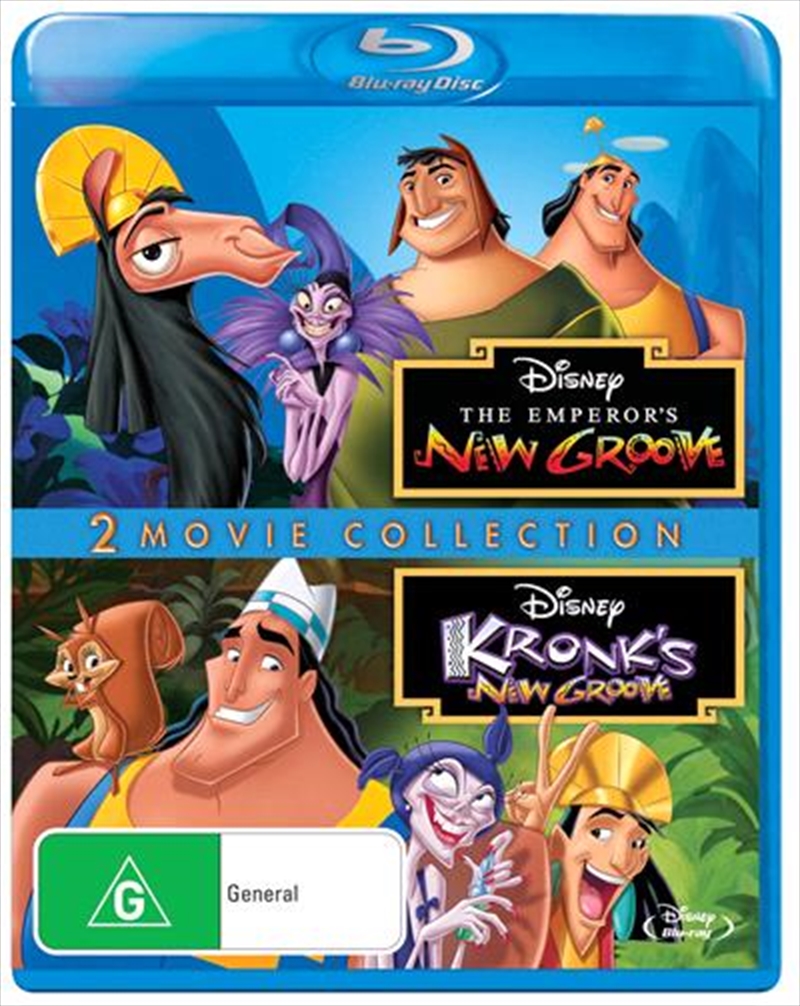 The Emperor's New Groove:If you liked Aladdin, you'll love Disney's The Emperor's New Groove, where outrageous comedy rules! Audiences and critics alike raved about this hilarious animated adventure that's full of fast-paced hilarity for the whole family. Join in the fun as arrogant Emperor Kuzco is turned into a llama by his devious adviser, Yzma, and her hunky henchman, Kronk, who want to rid the knigdom of his rule. Now this emperor who once had it all must form an unlikely alliance with a pleasant peasant named Pacha. But can the royal pain develop a kinder, gentler life perspective? You'll still be laughing out lound long after you find out. Discovering the good in everyone has never been this much fun! With this dynamo cast, distinctive style and great music - featuring the Academy Award-nominated* song, "My Funnny Friend and Me" - your whole family will enjoy this comic delight again and again! *2000, Best Original Song.The Emperor's New Groove 2: Kronk's New GrooveGet back in the groove with Disney's hilarious all-new movie. After his wild adventures with Pacha and Emperor Kuzco, lovable lug Kronk, Yzma's former henchman, has happily started a new life as the head chef in his very own diner. However, an all-new wacky adventure begins when a llama-gram arrives telling him that his father is due for a visit. Before you can say "squeaker, squeak," Kronk is cooking up trouble with the sly enchantress, Yzma, trying to make himself look like a success in time for Papi's arrival. After a bunch of big blunders and a massive cheese explosion in the restaurant, Kronk finds himself covered in a heap of trouble. It is only with the help of friends both old and new that Kronk learns to be true to his groove.
TRAILER
DETAILS