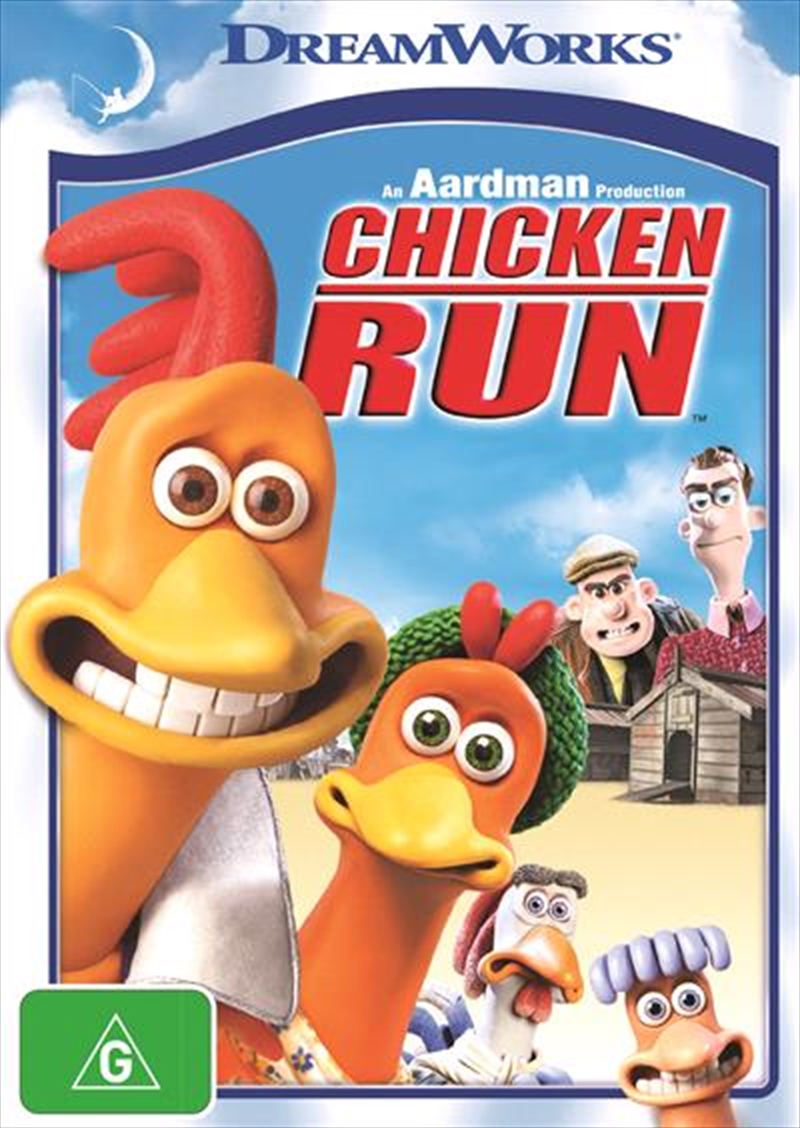 Shipping - See delivery options.
Postcode:
Quantity:
SEE MORE IN:
3 for $20 Movies & More Dreamworks Unstreamables Cant Seem To Stream
DESCRIPTION
Chicken Run is the first full-length feature film from Aardman Studios, home of the Oscar-winning Wallace and Gromit series. Co-directed by pioneering animators Peter Lord and Nick Park and starring the voices of Mel Gibson and Miranda Richardson, Chicken Run follows the story of a group of chickens determined to fly the coop for good! Led by the rough-and-ready newcomer Rocky (Gibson), the chickens of Coop 17 hatch an elaborate plot to escape from the clutches of the menacing Mrs. Tweedy (Richardson) before she serves them up as pies. Full of adventure and Aardman's unique wit, Chicken Run proves that bravery comes in all forms even feathered!
TRAILER
DETAILS