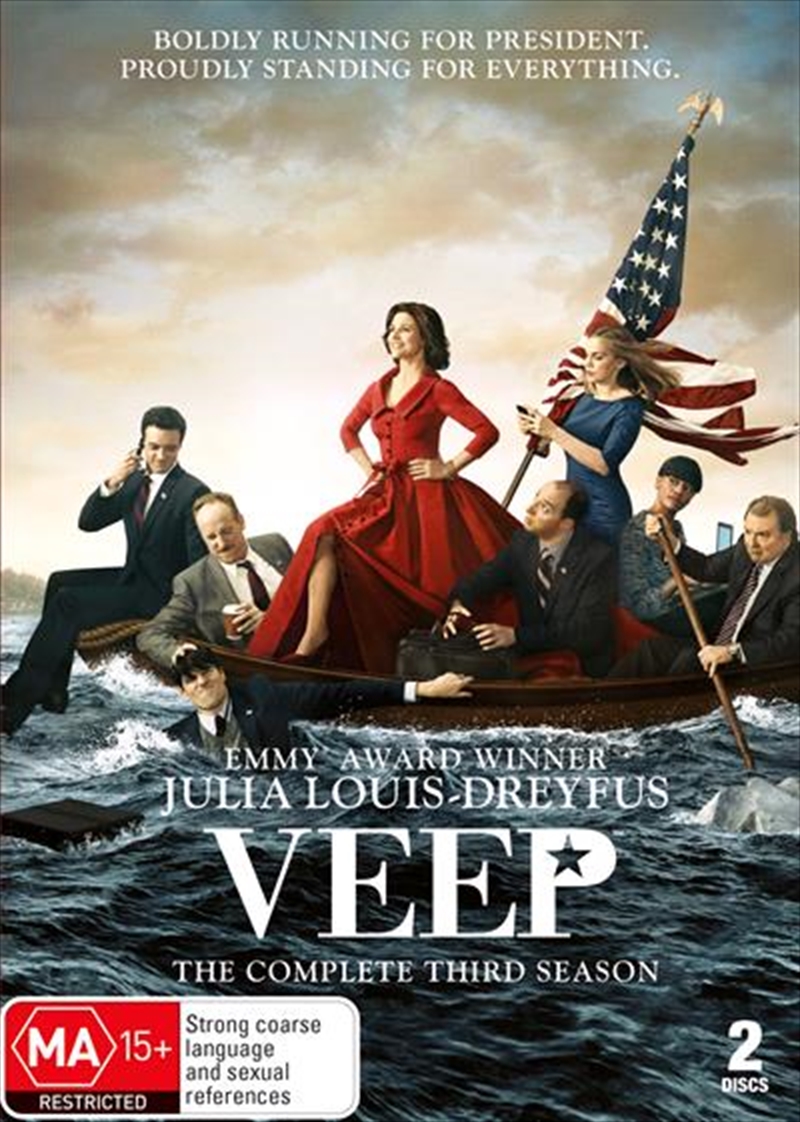 Former Senator Selina Meyer finds that being Vice President of the United States is nothing like she hoped and everything that everyone ever warned her about. Following the whirlwind day-to-day existence of Vice President Selina Meyer (Julia Louis-Dreyfus in her Emmy-winning role), Veep hilariously skewers everyday office politics, against the backdrop of the second highest office in the land. After the revelation at the end of Season 2 that the president will not run for reelection, Season 3 begins with Selina, eying a promotion, courting Iowa caucus voters at a signing for her new book, Some New Beginnings. Soon, Selina and her staff, back in D.C. for Mikes (Matt Walsh) wedding, learn that Secretary of Defense Maddox is resigning setting Selina up for a possible run in the presidential primaries against Maddox and her nemesis, war-vet Danny Chung. Over the course of this seasons 10 episodes, Selina and her staff will set up an exploratory campaign office in D.C. and travel to Silicon Valley (to raise money) and London (to meet with heads of state), while Amy (Anna Chlumsky) and Dan (Reid Scott) vie to be Selinas campaign manager. As always, Veep will continue to show that in Washington, even the most banal decisions can have ripple effects, with unexpected and far-reaching consequences.
DETAILS