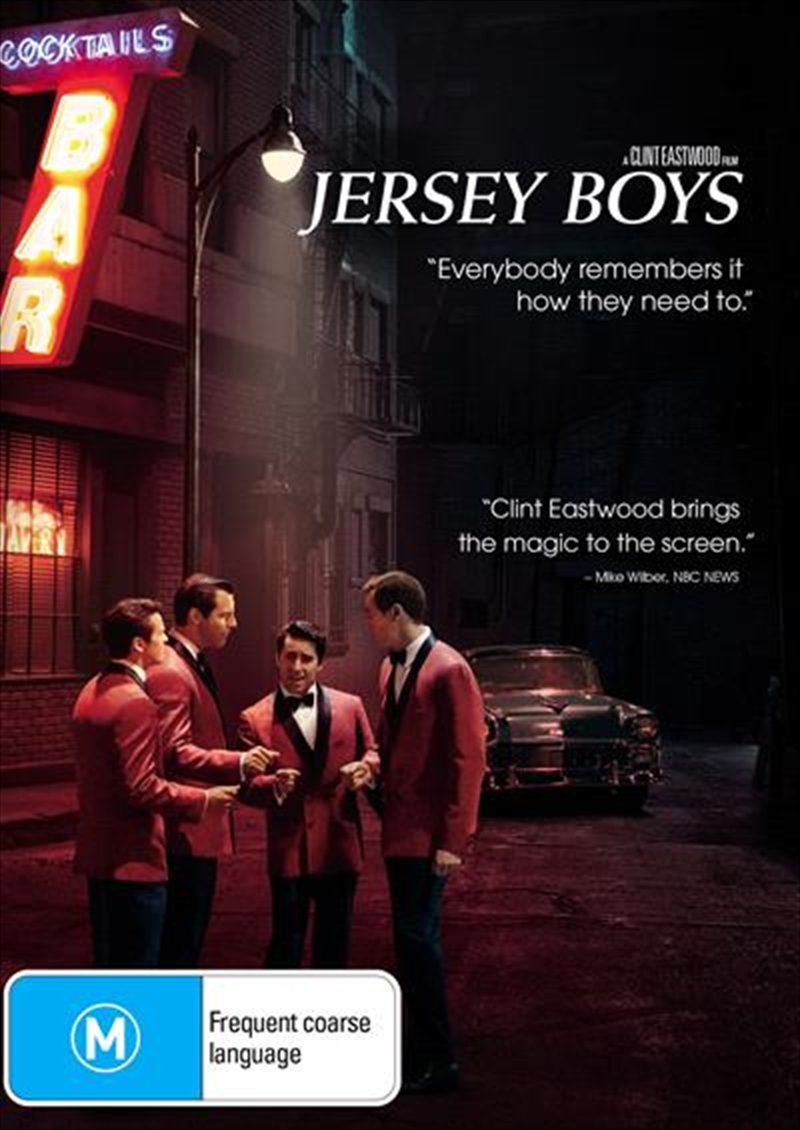 Shipping - See delivery options.
Postcode:
Quantity:
SEE MORE IN:
3 for $20 Movies & More Cant Seem To Stream
DESCRIPTION
Everybody remembers it how they need to.

The story of four young men from the wrong side of the tracks in New Jersey who came together to form the iconic 1960s rock group The Four Seasons. Jersey Boys is a musical biography of the Four Seasons-the rise, the tough times and personal clashes, and the ultimate triumph of a group of friends whose music became symbolic of a generation. Far from a mere tribute concert (though it does include numbers from the popular Four Seasons songbook), Jersey Boys gets to the heart of the relationships at the center of the group-with a special focus on frontman Frankie Valli, the small kid with the big falsetto. In addition to following the quartet's coming of age as performers, the core of the show is how an allegiance to a code of honor learned in the streets of their native New Jersey got them through a multitude of challenges: gambling debts, Mafia threats and family disasters. Jersey Boys is a glimpse at the people behind a sound that has managed to endure for over four decades in the hearts of the public.
TRAILER
DETAILS