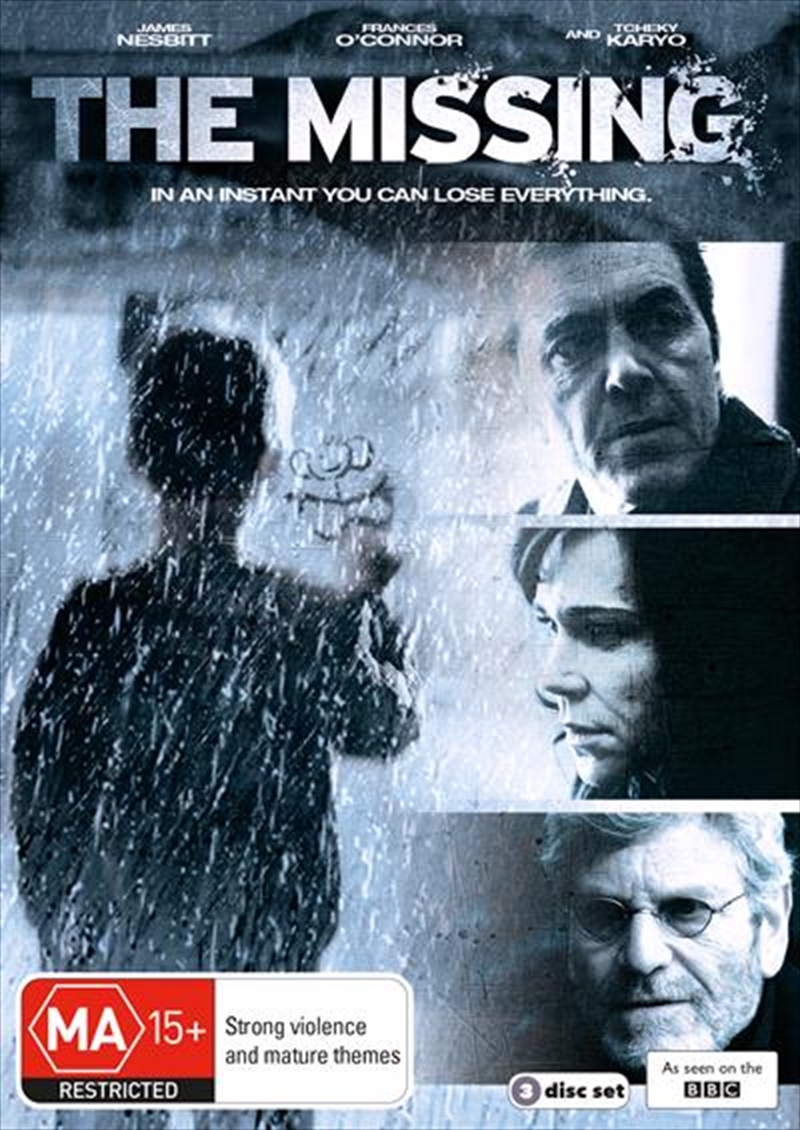 Shipping - See delivery options.
Postcode:
Quantity:
SEE MORE IN:
Movies & TV Clearance TV Clearance Sale Movies & TV Under $10
DESCRIPTION
When five year-old Oliver Hughes disappears while on holiday in France, it sets off a manhunt that will last for years to come. The Missing is a gripping dramatic thriller that takes you inside the mind of a father, Tony (James Nesbitt), desperate to locate his lost son. A gripping puzzle with twists and turns at every stage, Tony's exhaustive search fractures his relationship with his wife, Emily (Frances O'Connor), and threatens to destroy his life. Told through a delicate and complex narrative, The Missing unfolds over two time frames simultaneously.
TRAILER
DETAILS