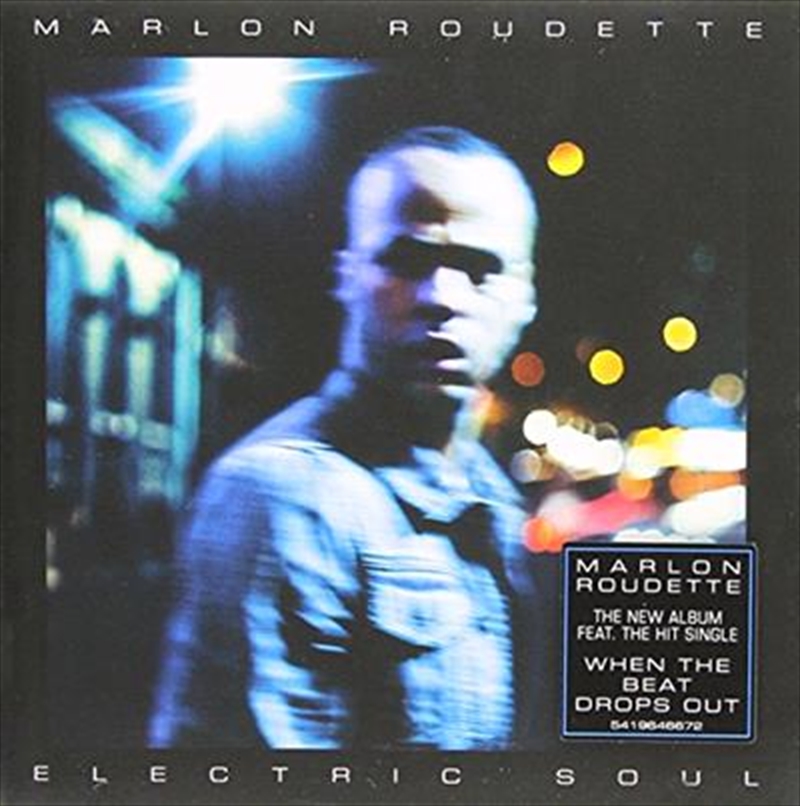 DESCRIPTION
Marlon Roudette’s new album Electric Soul is a modern classic of synthetic R&B. It is an album full of irresistible melodies and grooves, a collection of would-be hits, that nevertheless coheres like all the best long-players.

Marlon grew up influenced by soul and reggae, by artists of the calibre of Sam Cooke and Gregory Isaacs, Marvin Gaye and Isaac Hayes, Denis Brown, and Hip Hop Acts like Talib Kweli, The Roots, Mos Def, as you would expect from someone who spent much of his childhood and teenage years in the Caribbean. More recently, he has been turned on by the experimental R&B of Americans and Canadians such as Frank Ocean, Drake and The Weeknd, particularly the sombre sonics (only minus the contentious lyrics).

He wanted a similar quality of shiny darkness, of noir sophistication, brought to bear on his album, a follow-up to 2011’s Matter Fixed. Above all, he wanted it to sound cohesive, and so drafted in the producers he most admired in 2013: Tim Bran and Roy Kerr, responsible for London Grammar’s If You Wait.

When The Beat Drops Out

Too Much To Lose