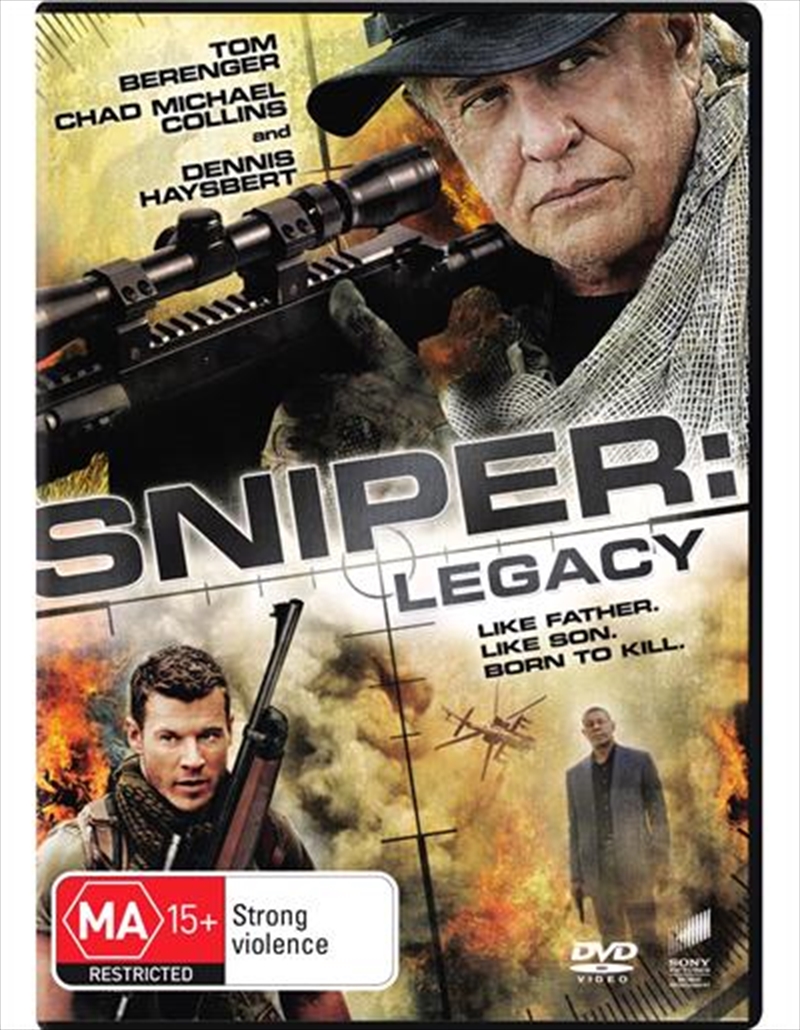 Shipping - See delivery options.
Postcode:
Quantity:
A rogue gunman is assassinating high-ranking military officers one by one. When Gunnery Sgt. Brandon Beckett (CHAD MICHAEL COLLINS, Sniper: Reloaded) is informed his father, legendary shooter Thomas Beckett (TOM BERENGER) has been killed, Brandon springs into action to take out the perpetrator. But when his father rescues him from an ambush, Brandon realizes hes a pawn being played by his superiors to draw out the killer. Its up to the two men, bound by blood, to bring an end to the carnage. MERCEDES MASOHN (Quarantine 2: Terminal) and DENNIS HAYSBERT (TVs 24) co-star in this intense military thriller.