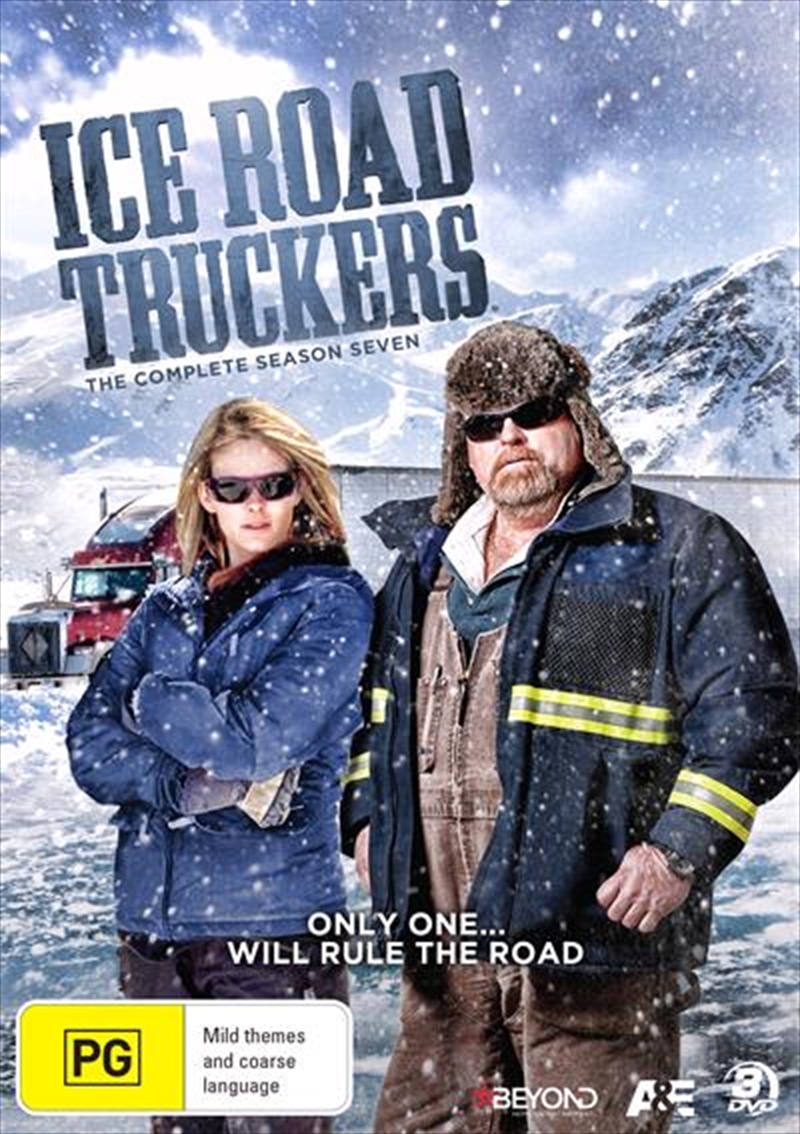 Shipping - See delivery options.
Postcode:
Quantity:
SEE MORE IN:
3 for $20 Movies & More
DESCRIPTION
The world's toughest truckers are back on the ice!

Let the turf war begin! The Ice Road Truckers battle more than treacherous winter roads in Season 7 of the hit History series. Hugh Rowland is back, this time as the boss, with his own trucking company. Bound and determined to reclaim his crown as King of the Road and take down well-established rival Polar Industries, he's confronted by an arsenal of heavy haulers, including Alex Debogorski and Lisa Kelly, who return to the icy roads with a goal and a grudge. With families to support, a no-nonsense work ethic and an against-all-odds determination, each trucker continues to race against the elements and each other keeping their eyes on the road... and the big prize.
DETAILS