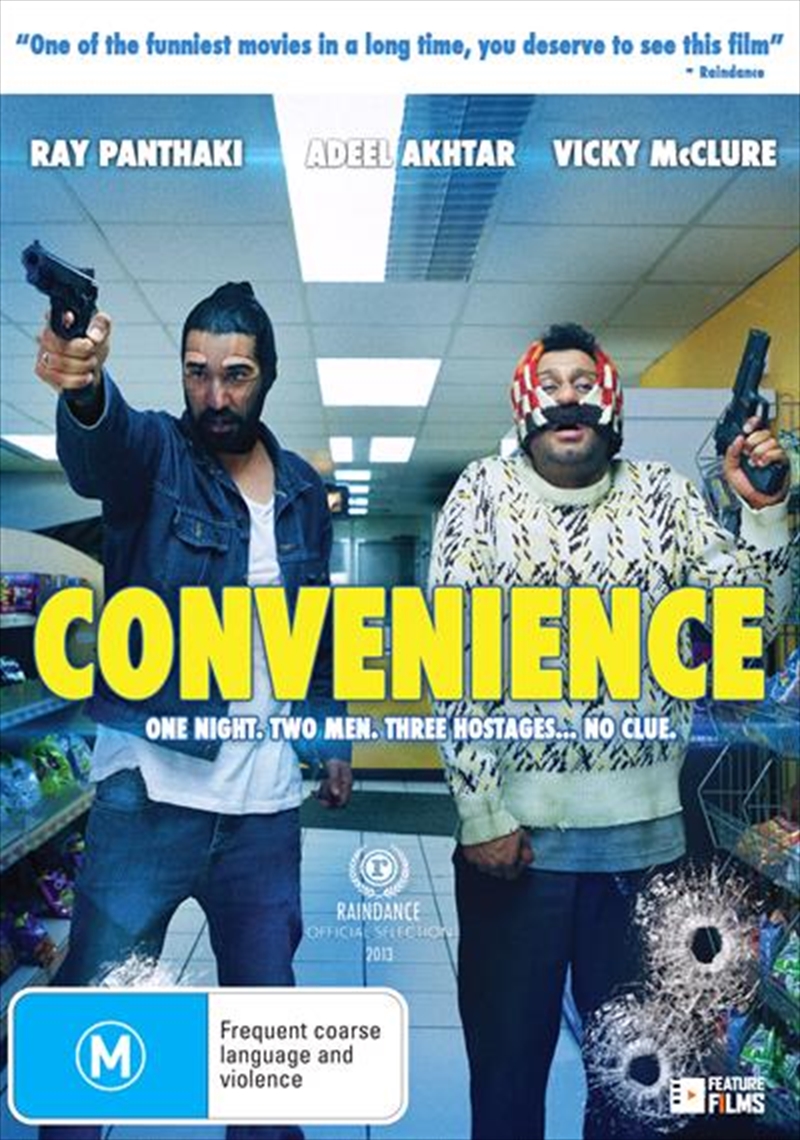 CONVENIENCE follows best friends Ajay and Shaan during one nights mayhem as they attempt to rob a gas station store in order to clear a debt owed to a couple of Russian gangsters. However, things dont go exactly to plan when they learn that the stations safe is on time lock and wont open until the next morning! So, in their desperation, they tie up the supervisor Levi, disguise themselves as store workers and wait out...with outrageous consequences.