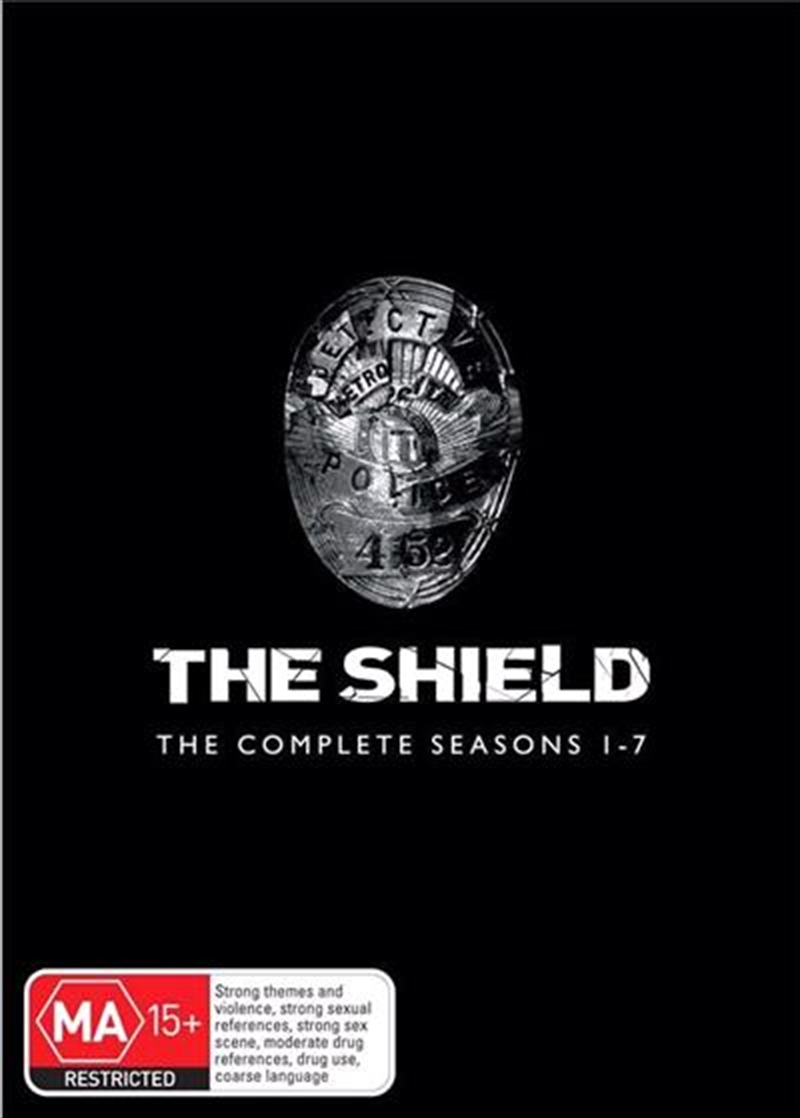 Shipping - See delivery options.
Postcode:
Quantity:
SEE MORE IN:
Up To 50% Off Boxsets Bingeworthy Boxsets
DESCRIPTION
Conscience is a killer

The Shield is the ground-breaking, Golden Globe and Emmy award winning program that turned the conventional cop drama upside-down. The Shield plays out in a tough, morally ambiguous world, in which the line between right and wrong, is crossed every day. The series focuses on the tension between a group of corrupt but effective cops and a captain torn between bringing them down and advancing his own political ambitions. The Shield stars Michael Chikis as rogue cop, Det, Vic Mackey, leader of the elite Strike Team unit, who is effective at elimination crime but operates under his own set of rules.
DETAILS