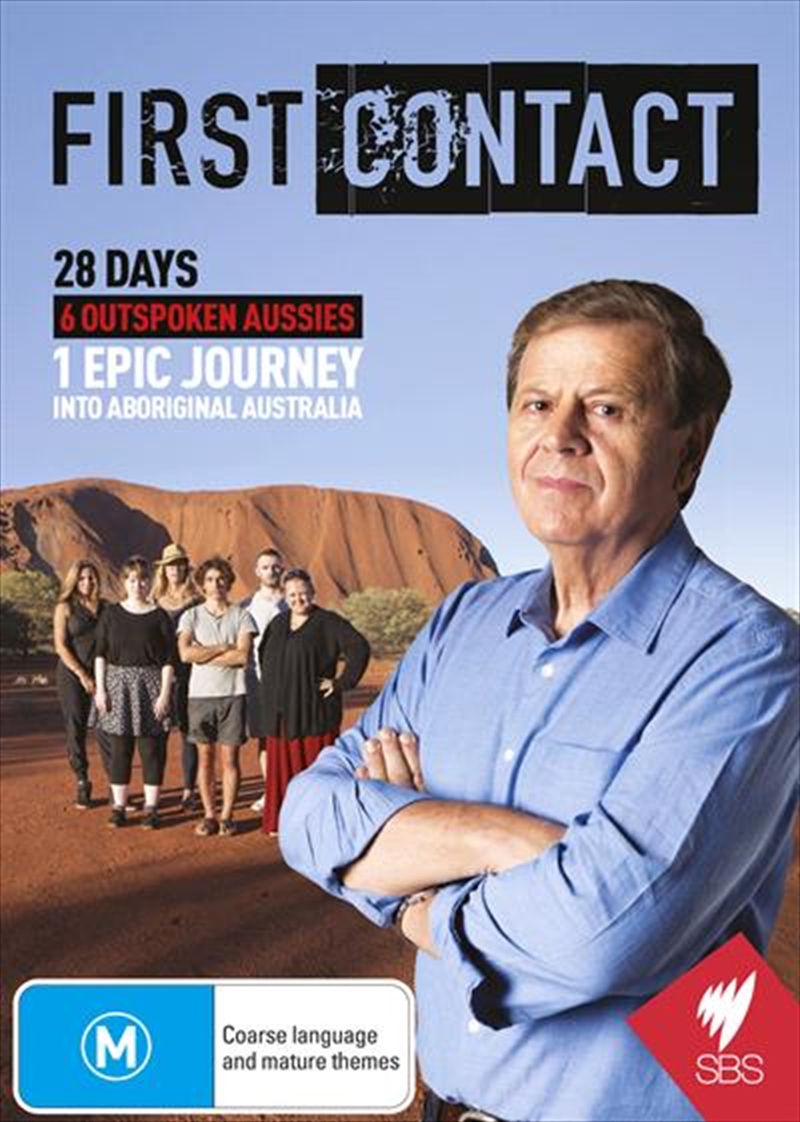 To the vast majority of Australians, Aboriginal Australia is invisible. Out of sight. Out of mind. More than six out of ten who call this country home have had little or no contact with Aboriginal people. Four out of ten dont want any contact. The chasm and disconnect between the First Australians and the rest of the nation is vast. First Contact is a 3 x 52 min constructed documentary series that takes a group of six ordinary people and immerses them into Aboriginal Australia. Through a journey of conflict and discovery, light is shone on a hidden and divided nation. Stereotypes are smashed. Lives are changed. They may not carry guns but two centuries since the First Fleet arrived, this band of six explorers are armed with preconceptions, misguided beliefs and an ignorance of the people who first claimed this land tens of thousands of year ago. The group experience a roller coaster trip that stage-by-stage, daybyday, takes them further and further into an utterly foreign world that they know little or nothing about. The immersive experiment will take in far corners of this vast continent, from the east to the west and onward to its red centre. This is a journey to the heart of the nation. Along the way, the six experience the life of hunter gatherers, shadow a desert night patrol team searching out the drunk and vulnerable, are incarcerated for 24 hours in prison and live in a two bedroom ramshackle house with an extended Aboriginal family of 15. The reality is often grim, the truth difficult to contemplate. If you are Indigenous you will die 12 years before other Australians. You are ten times more likely to suffer from type-two diabetes. If you are an Aboriginal woman, you are 25 times more likely to be a victim of domestic violence. And if youre an Aboriginal teenager in W.A, you are forty times more likely than the rest of the population to end up in prison. But in amongst the horror and hardship, the First Australians are also the fastest growing middle class in Australia, the children of these families are entering higher education in numbers never seen before, a mining boom is helping some Aboriginal people become rich in ways never thought possible. And this of course is a people with a heritage like no other; traditions, language, culture, all unrivalled - the longest running civilisation in the history of the world. The group of six come face to face with families and communities who define Aboriginal Australia today. These host families are beacons of hope, achievement and decency. They will surprise and enthral their travelling guests in equal measure. From the inspirational women who rid their town of alcohol and now run a clinic to treat children damaged by the evils of drink, to the former prisoner supporting his family by driving trucks in the mines. From the medical student preparing for life as a doctor, to the school teacher changing the lives of the next generation these host families offer a counter intuitive and revealing view into an unknown world. First Contact will provoke and shock. The preconceptions and racist views of the travelling group will be confronted. As stereotypes are smashed, a process of education, understanding and conversion begins. By journeys end, its not just the six who are changed. Debate will shake the audience and wider Australia from its state of ignorance. After watching First Contact, Australians can no longer say they dont know. Aboriginal Australia with all its beauty, dysfunction, trauma, tragedy, hope and history has been brought to the comfort of their living rooms. Its a small step down a very long road to understanding and engagement between two deeply divided worlds.
DETAILS