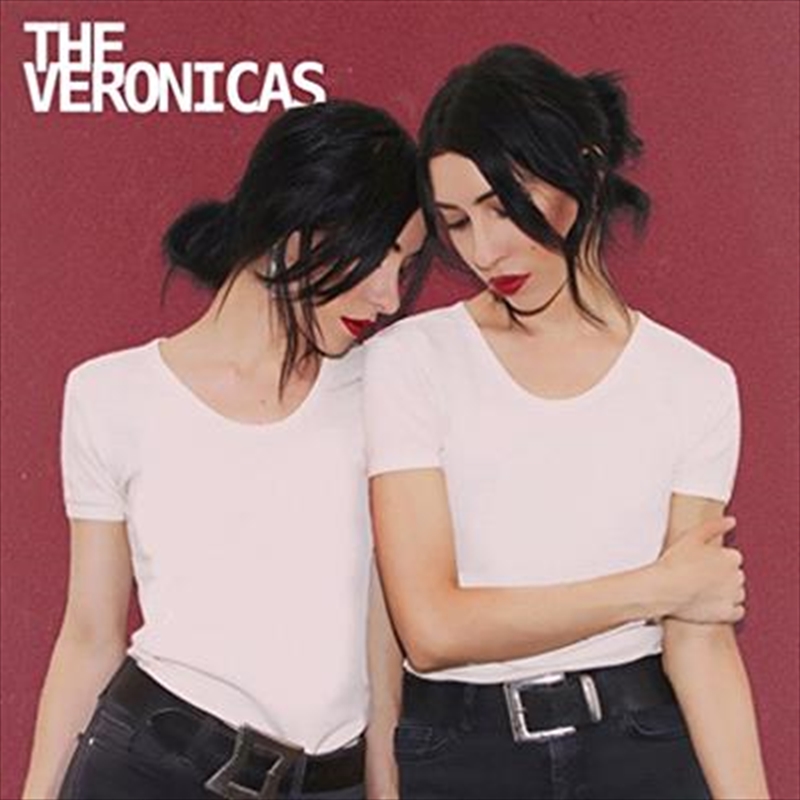 The Veronicas will release their eagerly awaited third album, THE VERONICAS, on Friday November 21st through Sony Music Entertainment Australia.

THE VERONICAS represents a powerful, emotive and uncensored account of Jessica and Lisa’s journey over the past two years. Exploring the themes of love, life, power and personal rebirth, THE VERONICAS exposes a raw vulnerability; a side of the band previously unseen.

Written and recorded in Los Angeles, Nashville, New York and Sydney, The Veronicas collaborated with some of their most respected and admired producers, songwriters and artists, including, Nellee Hooper (The Smashing Pumpkins, U2, Bjork), Toby Gad (John Legend, Beyonce, One Direction), Billy Corgan, Emeli Sandé, and David Musumeci and Anthony Egizii of DNA Songs (Jessica Mauboy, Nathaniel, Justice Crew).

‘You Ruin Me’ marked an incredible return to the forefront for The Veronicas, debuting at #1 on the ARIA Singles Chart, holding the position for three consecutive weeks and achieving Double Platinum sales.

The Veronicas are Jessica and Lisa Origliasso, twin sisters from Brisbane, Australia. Since releasing their first single ‘4EVER’ in 2005, The Veronicas have proven themselves to be international trailblazers for Australian music, attracting global attention and fans around the world. The Veronicas have cemented themselves as a force to be reckoned with, having sold over 3 million albums and singles worldwide. Their chart-topping single ‘UNTOUCHED’ broke into the top 20 of the Billboard Hot 100, making The Veronicas the first Australian act to achieve such a feat since Kylie Minogue’s ‘Can’t Get You Out of My Head’ in 2001.

The Veronicas have spent the last two years travelling the world, writing and recording their self-titled third album, set for release on Friday November 21st. This will be their first album release since the Double Platinum HOOK ME UP in 2007 and their first with Sony Music Entertainment.

Did You Miss Me (i'm A Veronica)

If You Love Someone