Step Up All In 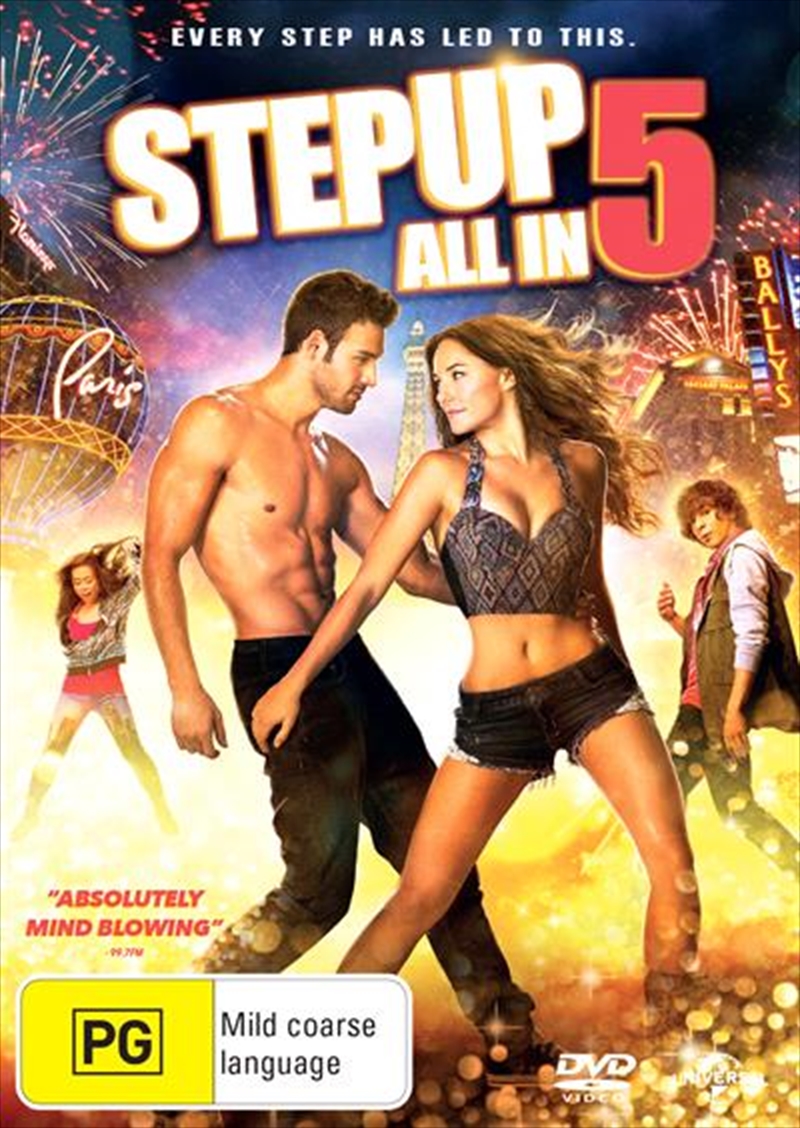 Step Up All In

Shipping - See delivery options.
Postcode:
Quantity:
SEE MORE IN:
3 for $20 Movies & More Cant Seem To Stream
DESCRIPTION
Every step has led to this.

One of the most popular dance franchises in film history takes competition to astonishing new heights in Step Up All In. Miami street dancer Sean Asa (Ryan Guzman) moves to Hollywood with visions of fame and fortune, only to discover the almost insurmountable odds of making it in the professional dance world. But when the new dance crew he forms with the beautiful and headstrong Andie West (Briana Evigan) reaches the final rounds of a high-stakes reality TV competition in glittering Las Vegas, he has a shot at finally making his dreams come trueif he can set aside old loyalties and long-time rivalries and just do what he loves most: dance.
TRAILER
DETAILS

Title: Step Up All In