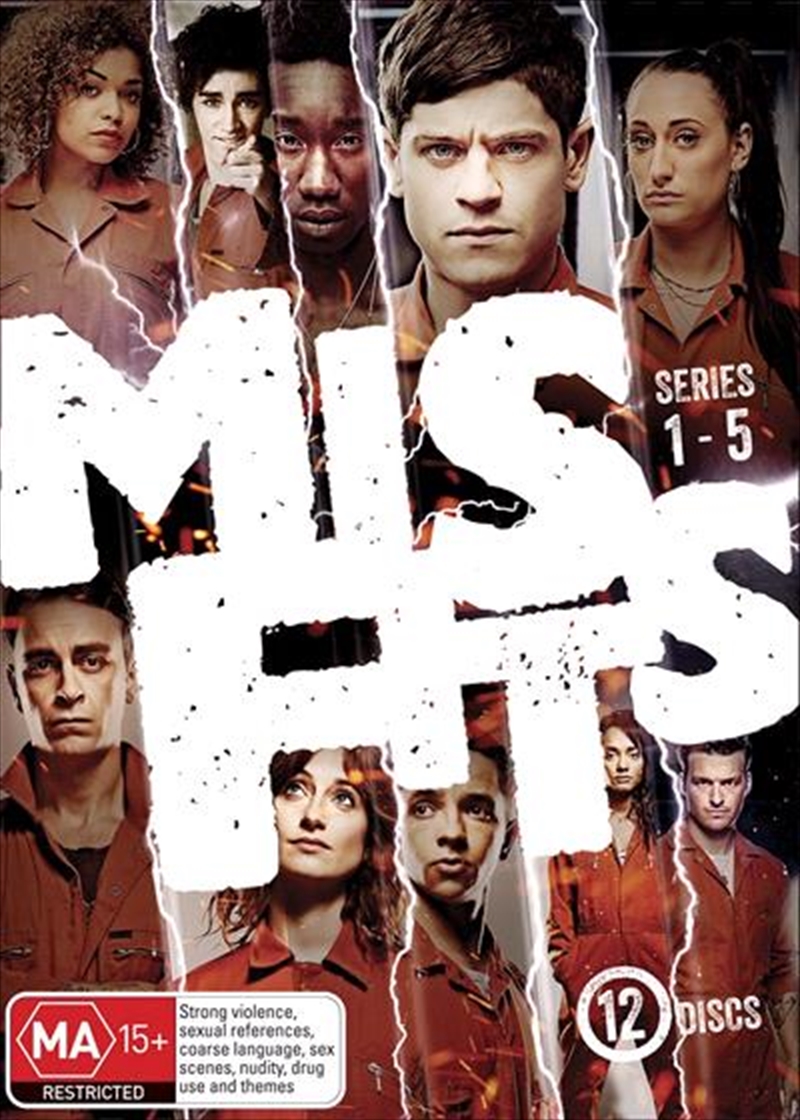 Being a super hero has never been such a pain

After a freak storm hits the estate, a group of teenagers on community service discover that they've developed strange superpowers. As the gang try to come to terms with their powers they soon realise they weren't the only ones on the estate affected by the storm... However unlike their more conventional counterparts, our gang of Misfits don't swap their mobile phones and ankle tags for capes and tights. Instead, they discover just how tough life can be when you're all that stands between good and evil. This box set features all episodes from Series 1-5 and is packed with special features.