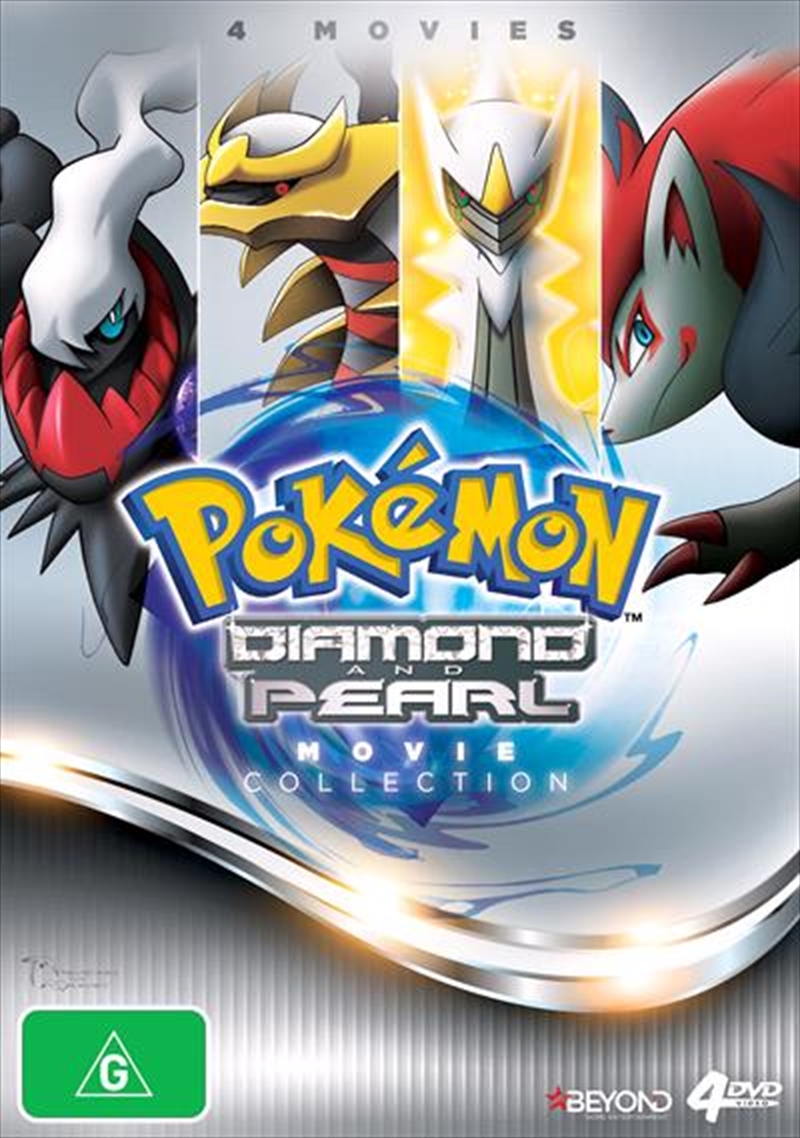 Contains:
1. POKEMON & THE RISE OF DARKRAI - Ash and his friends, along with the beautiful Alice, discover that Alamos Towns special garden has been decimated! The blame of the destruction immediately falls on Darkrai. And as a battle between Legendary Pokemon Dialga and Palkia rages directly above Alamos Town and threatens to tear a hole in the space-time continuum will Ash and his friends survive this showdown and learn Darkrais true nature?
2. POKEMON GIRATINA & THE SKY WARRIOR - Ash and friends set out on a journey to help a feisty Pokemon named Shaymin return to its friends, but instead get caught up in a struggle over the fate of the Reverse World an alternate world that mirrors and distorts our own. Caught in the middle, can Ash and Shaymin save the world from an epic disaster spanning dimensions?
3. Pokemon Arceus and the Jewel of Life - The Struggle for Time and Space Begins Again...! The legendary Arceus. Long ago, Arceus granted a fragment of its awesome power as the Jewel of Life to help Michina in the town's hour of need, only to be betrayed when it was time for that power to be returned. After so many years, Arceus is about to return to reclaim its power - enraged, vengeful, and seemingly unstoppable. Not even the combined might of Dialga, Palkia, and Giratina can stop Arceus from devastating all existence across multiple dimensions.
4. Pokemon Zoroark: Master of Illusions - The Fury of Zoroark Has Been Unleashed! The Pokemon Baccer World Cup. It is the most anticipated event of the year, and as hundreds flock to Crown City to watch the exciting competition unfold, Ash, Pikachu, and his friends encounter a mysterious new Pokemon they have never seen before.