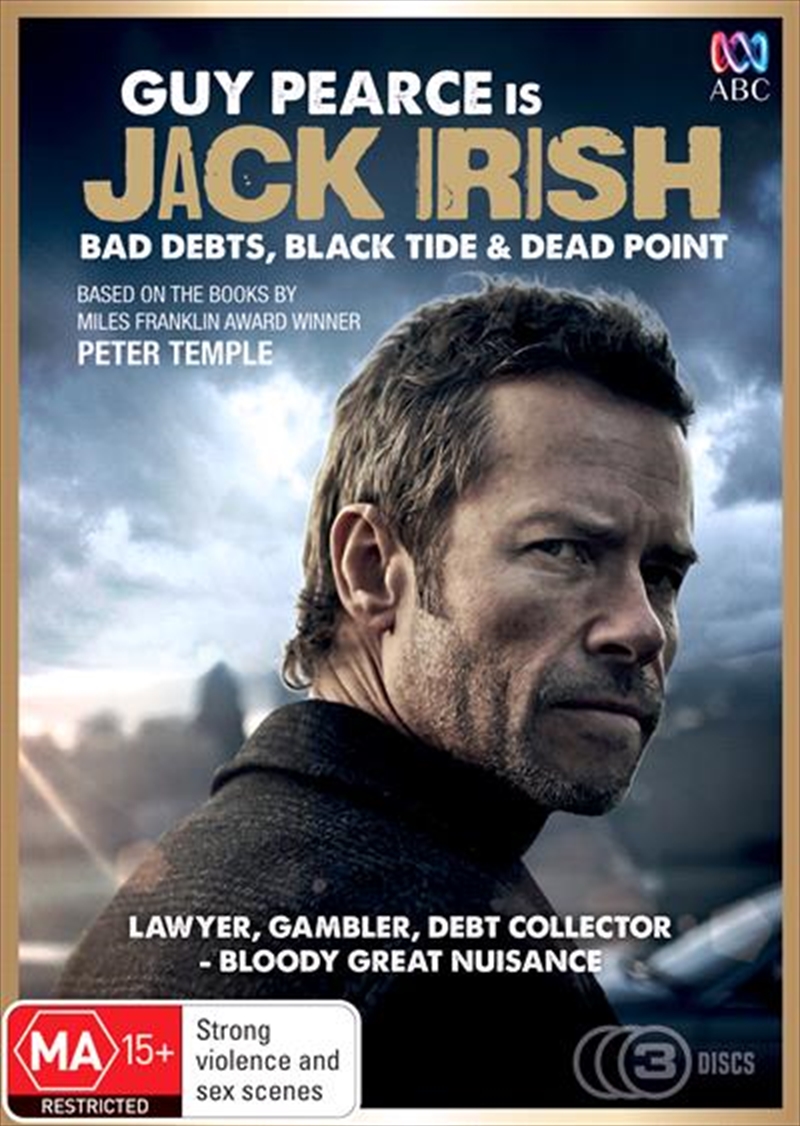 Guy Pearce stars as Jack Irish, a former criminal lawyer who now spends his days as a part-time investigator, debt collector, apprentice cabinet maker, punter and sometime lover. An expert in finding those who don't want to be found, Jack helps out his mates while avoiding the past. That is until the past finds him. Included in this box set are the three Jack Irish films based on the celebrated novels by Peter Temple. BAD DEBTS Melbourne in winter. Rain. Wind. Pubs. Beer. Sex. Corruption. Murder. A phone message from ex-client Danny McKillop doesn't ring any bells for Jack Irish. Life is hard enough without having to dredge up old problems: his beloved football team has moved interstate, the odds on his latest plunge at the track seem far too long and he's still cooking for one. But then Danny turns up dead and Jack has to take a walk back into a dark and dangerous past. BLACK TIDE Jack Irish has no shortage of friends, but family members are short in supply. His wife was murdered and his father is a fading photo on the pub's football wall of fame. So when Des Connors (Ron Jacobson), the last link to his dad, calls to ask for help in the matter of a missing son, Jack is happy to lend a hand. But sometimes prodigal sons go missing for a reason. As Jack begins to dig, he discovers that Gary Connors was a man with something to hide. DEAD POINT When a high profile judge, Justice Loder (Barry Humphries), commissions Jack to locate a mysterious red book, Jack is thrown into a world of sexy club owners, dodgy drug dealers, bisexual blackmailers, and unhinged killers. Anyone who touches the red book turns up dead. Jack should follow his instinct and back away very slowly and very quietly. If only the judge wasn't family.