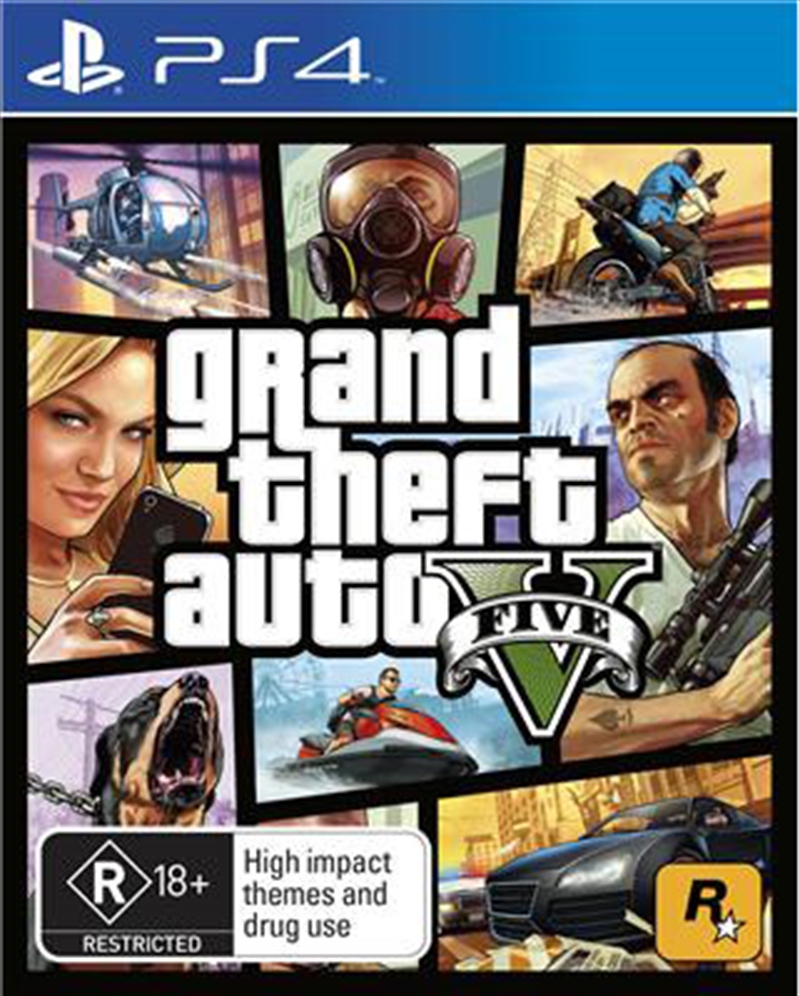 Grand Theft Auto V for PlayStation 4, Xbox One and PC features the all-new First Person Mode, giving players the chance to explore the incredibly detailed world of Los Santos and Blaine County in an entirely new way across both Story Mode and Grand Theft Auto Online.

Los Santos: a sprawling sun-soaked metropolis full of self-help gurus, starlets and fading celebrities, once the envy of the Western world, now struggling to stay afloat in an era of economic uncertainty and cheap reality TV. Amidst the turmoil, three very different criminals risk everything in a series of daring and dangerous heists that could set them up for life.

The biggest, most dynamic and most diverse open world ever created and now packed with layers of new detail, Grand Theft Auto V blends storytelling and gameplay in new ways as players repeatedly jump in and out of the lives of the game's three lead characters, playing all sides of the game's interwoven story.

All new content and gameplay created and released since the launch of Grand Theft Auto Online including new Jobs, an arsenal of new weapons, scores of new vehicles, new properties and player customizations will also be available in Grand Theft Auto Online for PlayStation4, Xbox One and PC. Now is your last chance to transfer your existing GTA Online characters and progression from PlayStation 3 or Xbox 360 to PlayStation 4, Xbox One or PC. This will no longer be possible after March 6, 2017.