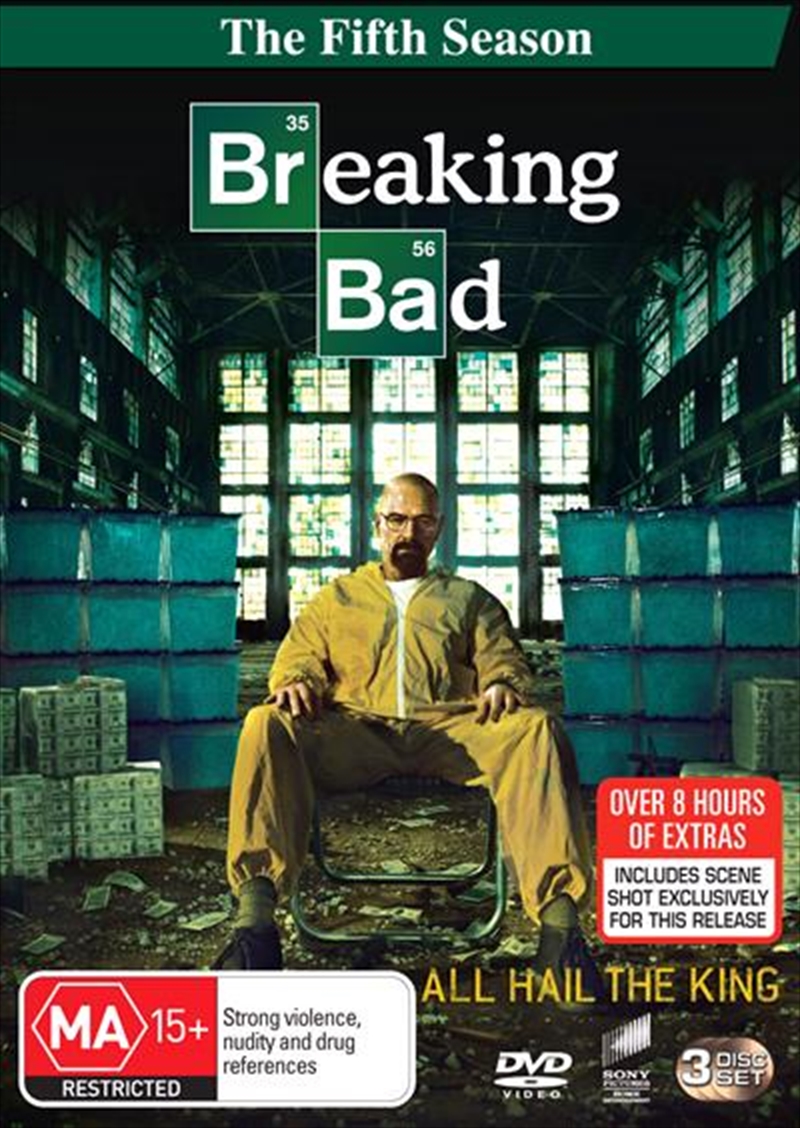 In the highly anticipated new season, a newly empowered and increasingly remorseless Walter White (Bryan Cranston) finds himself attempting to control a tenuous empire. But uneasy lies the head that wears the crown. At the end of Season 4, Walt's war with Gus Fring (Giancarlo Esposito) ended in triumphant victory. Now, his transformation from a well-meaning family man into Heisenberg, a ruthless drug kingpin, is almost complete. No longer under the thumb of a mastermind criminal, Walt now assumes the role of one himself, as he and Jesse (Aaron Paul) look to build their own empire. Meanwhile, Skyler (Anna Gunn) struggles with the reality of her husband's new role and Hank (Dean Norris) works to wrap up his investigation of Gus' business.
DETAILS